Getting to know the black oystercatcher

Found on the North American Pacific coast from the Aleutian Islands in Alaska to Baja California, the black oystercatcher’s thick, long beak glows orange-red so from a distance it looks like it’s eating a carrot! Sturdy pinkish-grey legs and large feet allow it to confidently stroll through rocks and tide pools looking for prey. Today’s estimated 11,000 oystercatchers is a much smaller population than flourished in the Pacific Northwest a century ago. 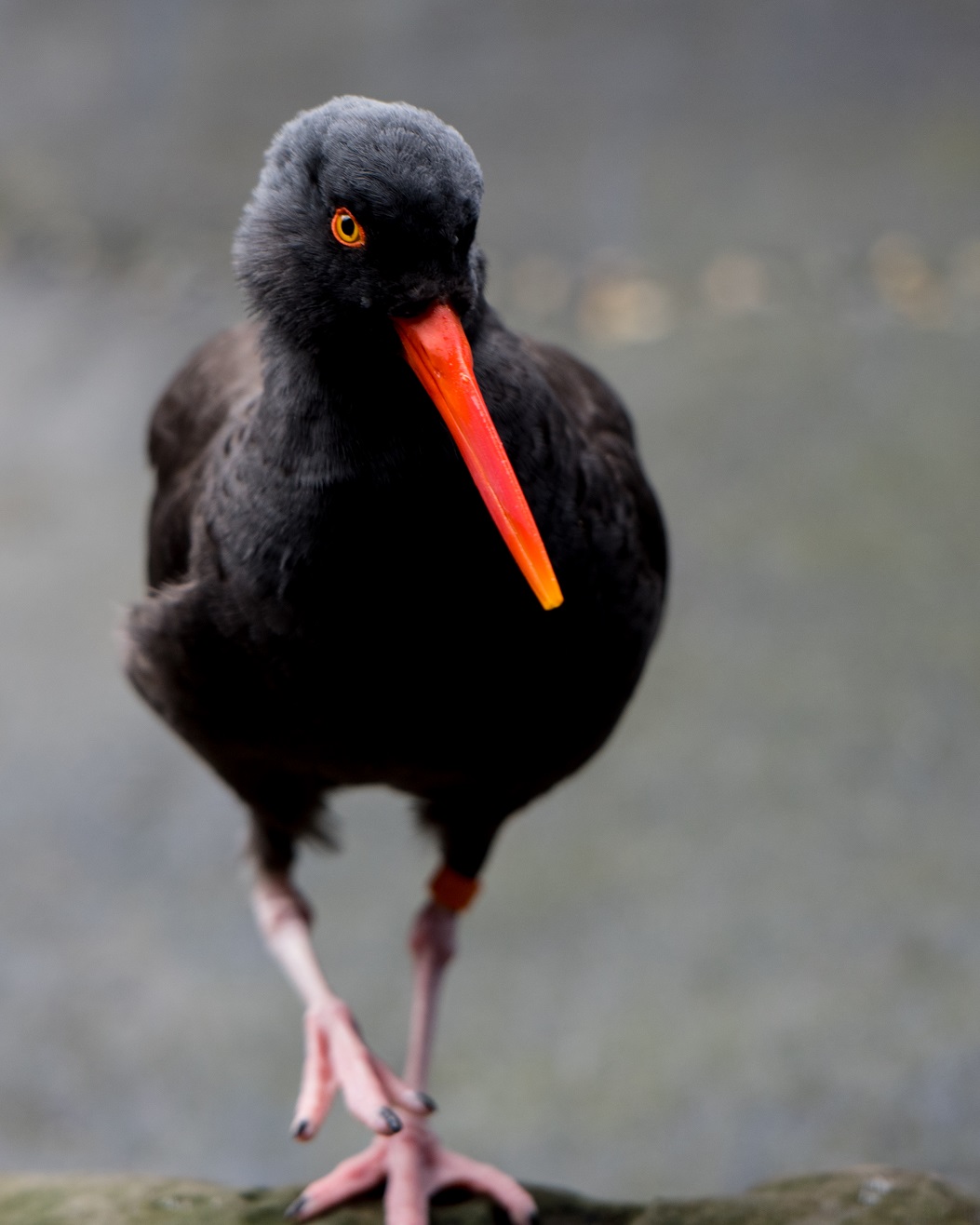 A beak this big and bright may look like a decoration, but it’s this bird’s survival kit. The black oystercatcher walks at low tide through rugged areas where mollusks such as limpets use their strong foot-muscles to adhere to jagged rocks. The bird uses its strong bill to pop limpets and chitons off the rocks and separate the fleshy foot from the shell. Perhaps it should have been named the black mussel-catcher because mussels are indeed one of this species’ favored food items. When it spots a slightly open mussel shell, the oystercatcher stabs with its beak and severs the adductor muscle that enables the animal to close its shell. The bird shakes the muscle free of the shell and swallows the soft body.

While black oystercatchers are a designated as a Species of Least Concern by the International Union for Conservation of Nature (IUCN), their populations in some areas are declining, primarily due to human disturbances along shared shorelines, hazards such as oil spills, pollution, and loss of habitat. The presence of oystercatchers is a sign that a coastline supports abundant mollusk-type invertebrates and is a flourishing, healthy environment. When we work to protect black oystercatchers, our coastal areas—in the northern Pacific and even along the shorelines of Puget Sound—will thrive too!

A creature of habit and mystery

Oystercatchers nest and spend winters in the same basic area. They’re monogamous—the same two birds will return to the nest they create together, season after season. They make nests near rocky tidal areas where food abounds. By flipping their bills sideways and backwards, the birds toss rock flakes, pebbles and shell fragments to create a nest that resembles a bowl. Each pair will raise a clutch of eggs (one to three eggs) at a time. If anything happens to a clutch, pairs will raise two or more clutches until they have a successful brood. Clutches are vulnerable to predators that feed on them, including foxes, bears, wolverines, and feral cats and dogs. Hikers and sightseers unknowingly trample eggs underfoot. Sometimes a clutch can be lost to flooding or even the large wake of industrial and tour boats. Native Americans are permitted to hunt the eggs and the birds for food. Oystercatchers generally remain near nesting sites but those in northern populations undergo a short distance migration right after mating season. Scientists are only beginning to study their migration habits by tracking the birds with technology. 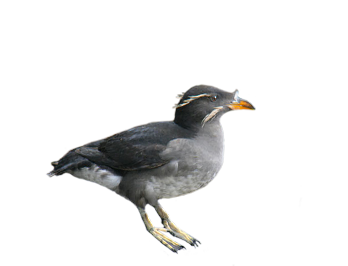 They have a protruding white “horn” during breeding season! 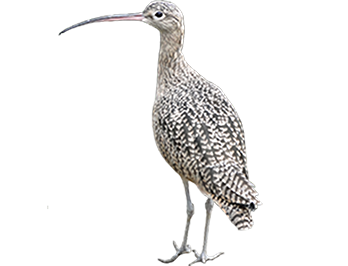 Their bills are perfect for finding crustaceans in rocky crevices. 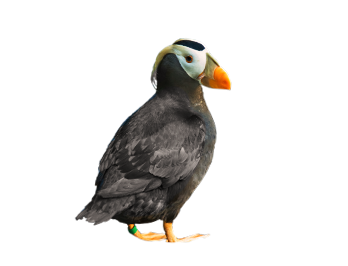 These birds appear to “fly” underwater! 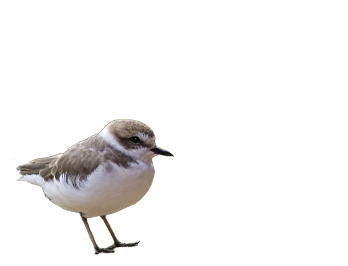 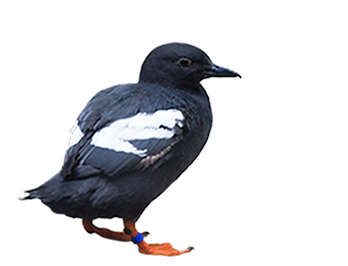 Using its wings and feet, pigeon guillemots can hover underwater! 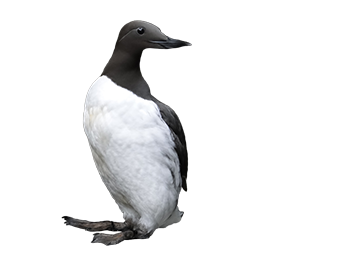