Giant clams are among the largest of all mollusks. There are several species of giant clam, the biggest of which can grow to be four feet across and weigh over 600 pounds! Regardless of species, giant clams have two thick, bony shells joined with a flexible ligament hinge. Their mantles, the fold of skin between the shells, are beautifully colored with a mixture of yellows, reds, greens, blues, pinks and browns. Each giant clam has a unique combination of colors; no two are the same. 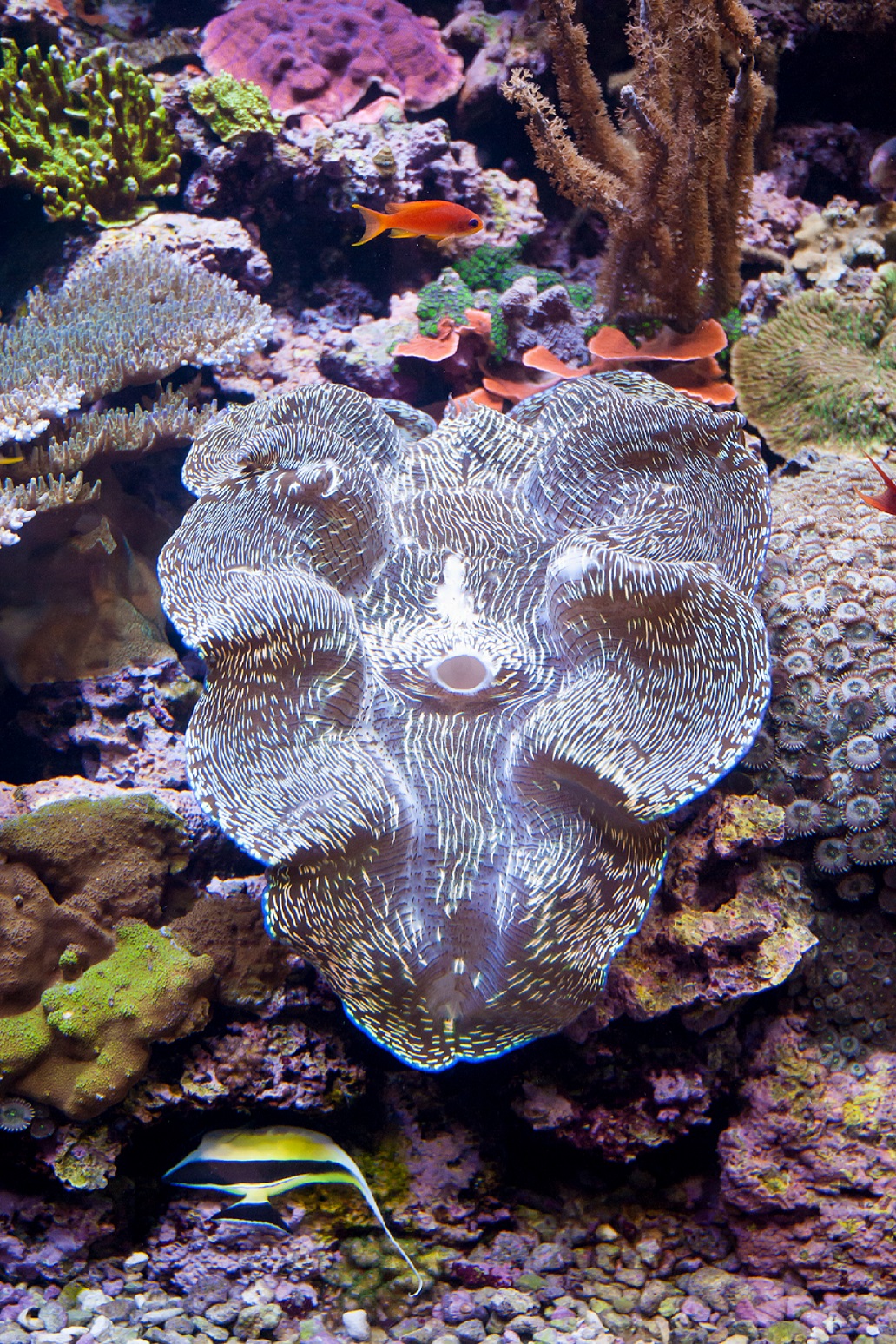 A giant clam gets only one chance to find a nice home. Once it settles into place and begins to grow, it stays permanently attached to the same spot for life. Since a giant clam can live for more than 100 years, it’s especially important to choose a great home.

Giant clams live in partnership with tiny plant-like algae. The algae get protection and the clams get to eat the sugars and proteins produced by the billions of algae that live in their tissues. Giant clams live on shallow reefs because if they live too deep, there is not enough sunlight for the algae to photosynthesize and create the food that helps giant clams grow so big.

Boy or girl? Both!

All giant clams mature first as male, which can happen within two years, depending on the species. They later transform into reproductive females, which happens after several more years (again, exact timing depends on the species).

Giant clams have an undeserved reputation as man-eaters, with legends describing clams that lie in wait to trap unsuspecting swimmers and swallow them whole. No account of a human death by giant clam has ever been substantiated and scientists point out that the clam’s adductor muscles, the muscles used to close the shell, move far too slowly to take a swimmer by surprise. While the legends make good plots for B movies, the truth is much tamer. Giant clams eat mostly sunshine—more precisely sunlight converted to food by symbiotic algae—with a side of plankton.

The shimmering patterns on a giant clam’s mantle come from iridophores, cells that reflect the light. These cells aren’t just beautiful—they’re useful as well. Iridophores and pigments act as sunscreen, blocking UV rays that could damage the clam’s flesh (just as most of us would be damaged by too much exposure to tropical sunshine). These clams also have amino acids that serve this sun-blocking purpose, so that function doesn’t completely explain their brilliant coloration. 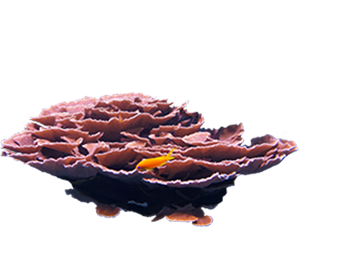 You can see both warm- and cold-water corals at the Seattle Aquarium. 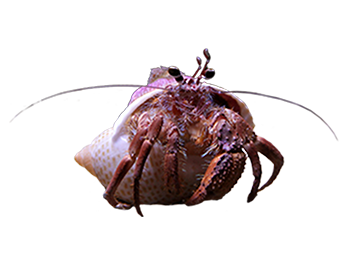 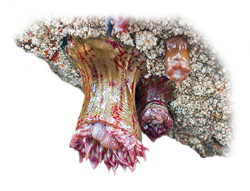 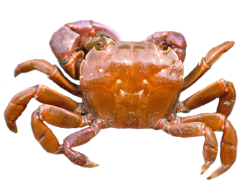 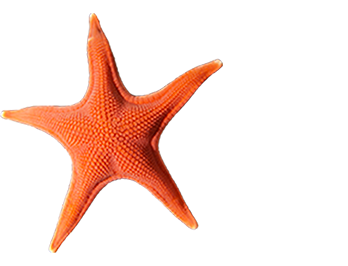 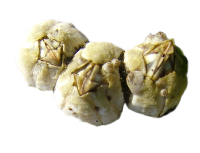 These sedentary creatures lock onto (or into) objects and animals and include more than 1,000 species.