A fitting name in more ways than one

With impressively long and flowing dorsal spines—paired with wide and colorful pectoral fins—it’s likely that red lionfish, Pterois volitans, get their common name from their resemblance to male lions, with their majestic manes, on land. And that’s just the beginning of what these fish have in common with their terrestrial namesakes! Introducing Singa, one of the Aquarium’s red lionfish. Singa means “lion” in Indonesian.

Look for Singa in our Pacific Coral Reef habitat on your next visit! A few facts before we dive in

Native to the warm waters of the South Pacific and Indian oceans (aka the Indo-Pacific), red lionfish are distinguished by brown/maroon and white stripes on their bodies—in addition to the spines and fins described above. These carnivorous fish can grow to be as long as 18 inches (but are typically closer to 12) and weigh as much as 2.5 pounds. They’re found at depths as shallow as one foot and as deep as 300—in pretty much every warm-water marine habitat, from coral reefs to mangrove forests and more.

Lions on land are bold predators, running at speeds of up to 50 miles per hour while chasing their prey. Red lionfish are bold too—but they can’t rely on speed when hunting. Because they’re naturally slow-moving, they’ve adapted to hunt using their unusual anatomy. Keep reading to find out how!

Those incredible-looking (and incredibly long) dorsal spines? They’re actually venomous and can deliver a potent and painful, but not fatal to humans, sting. The good news is that lionfish use their spines only for self-defense. When hunting, they slowly ambush and corner their prey with their pectoral fins outstretched. Once the prey is trapped, the red lionfish makes its final move: lunging and consuming its meal in a single bite. 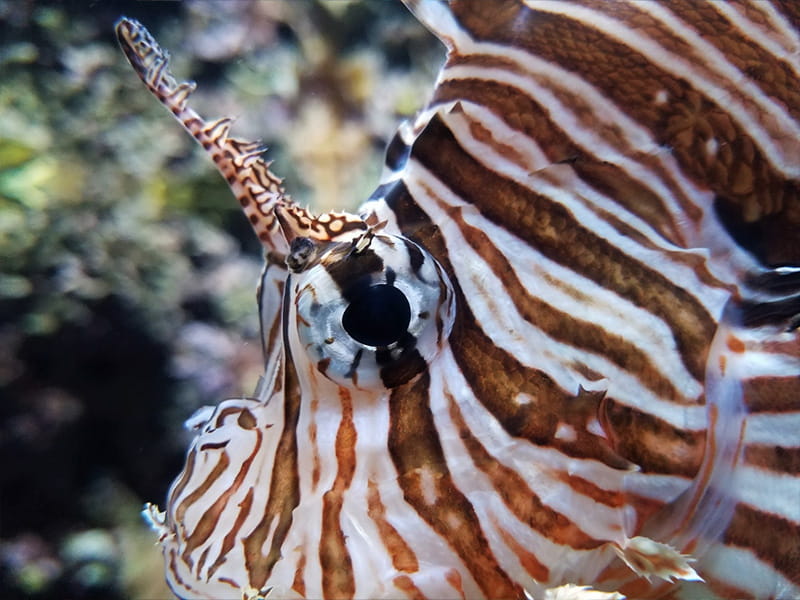 A fish out of (native) water

Lionfish populations are stable in this fish’s native waters—but it’s a different story along the coast of the southeastern United States and in some areas of the Caribbean Sea. It’s unclear how lionfish made their way into these areas, but what’s known is that they’re considered an invasive species there. With no known predators in their new homes, voracious appetites (they prey on over 50 different species of fish!) and the ability to reproduce quickly, lionfish pose a serious threat to coral reefs and marine ecosystems outside their native waters. (Fast fact: female lionfish can lay between 10,000 and 30,000 eggs, every four days, year ‘round—that’s up to two million eggs per year!)

Save the ocean, eat a lionfish?

While it might seem odd at first glance, scientists at the National Oceanic and Atmospheric Administration (NOAA) actually launched a campaign encouraging people to eat lionfish (which are perfectly safe to handle and consume once their spines have been removed) as one way to control their non-native populations.

And, while lionfish populations are stable in the Indo-Pacific, these fish need a healthy habitat to thrive. Visit our take action page to learn how you can make a difference for lionfish—and all the animals in the ocean. 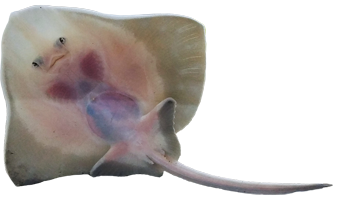