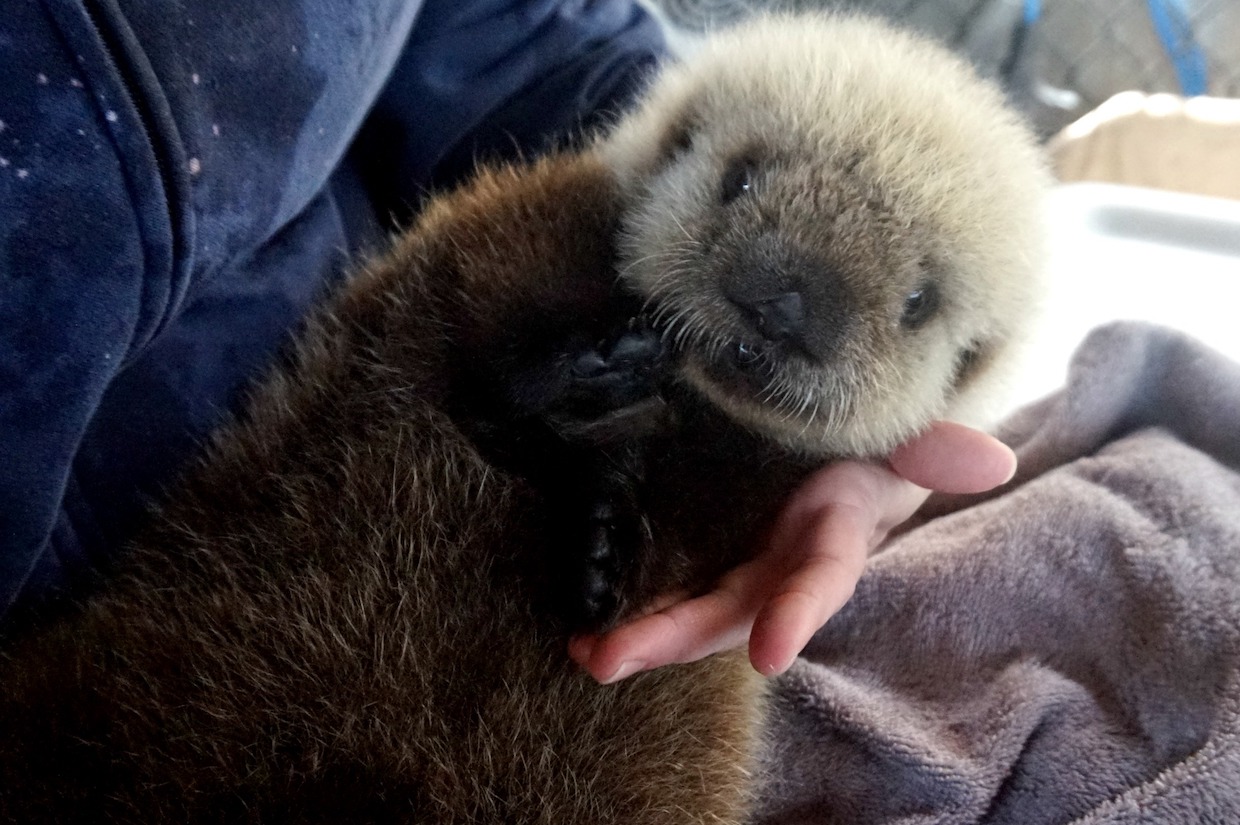 September 19 was a bittersweet day for us at the Seattle Aquarium, as we said goodbye to Rialto and wished him a lifetime of health and happiness in his new home at the Vancouver Aquarium.

The Aquarium has a long history with sea otters—that’s part of the reason we were selected for Rialto’s care and rehabilitation after he was orphaned. He’s the third young sea otter that we’ve raised: Lootas came to us after being orphaned at approximately six weeks of age in 1997; Calypso was about eight weeks old when she was brought to the Aquarium in 2003; and, of course, Rialto joined us in early August. 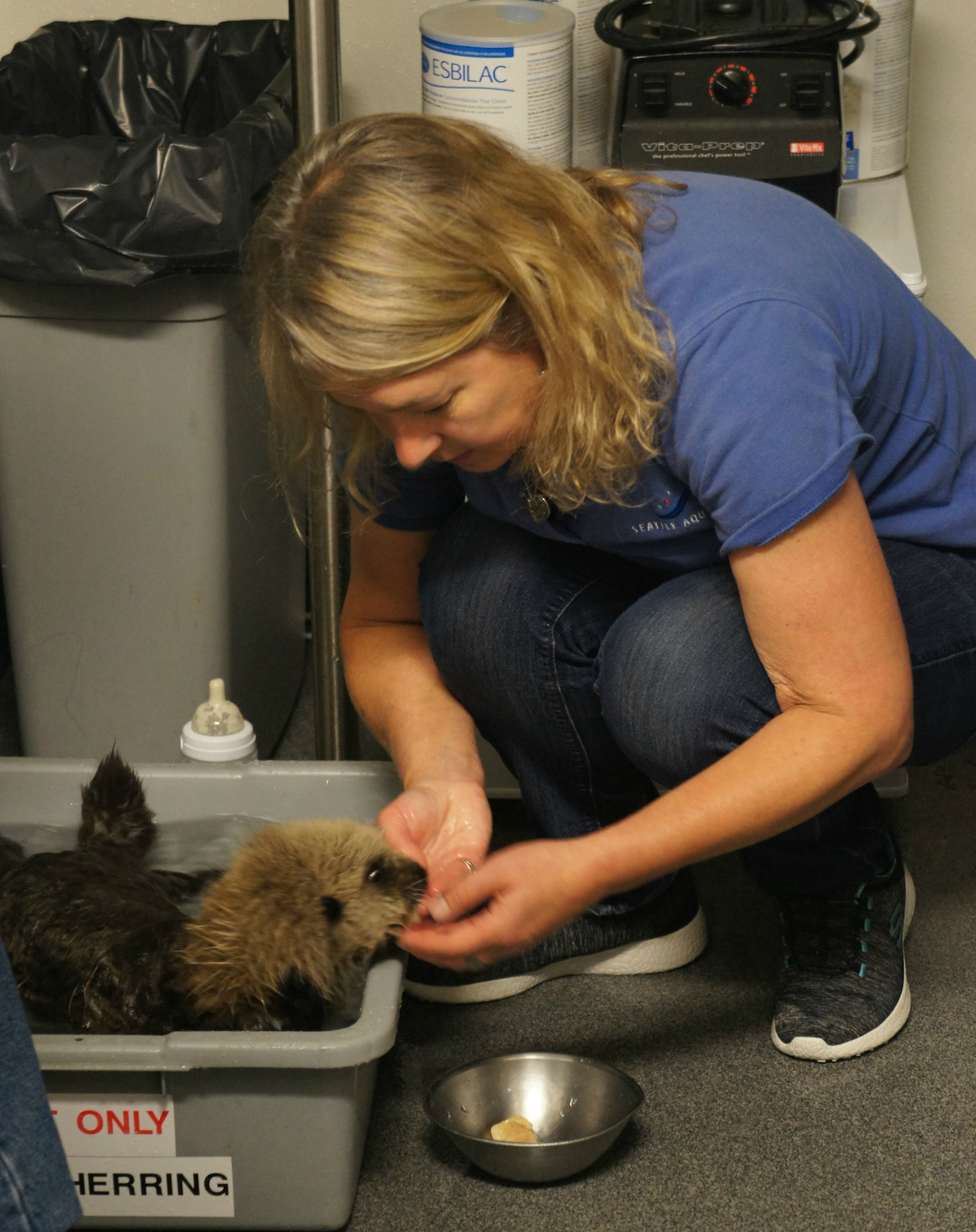 “Rialto was much more challenging than the others because he arrived sick and emaciated and required the involvement of more veterinary professionals,” says Aquarium Curator of Conservation Research Dr. Shawn Larson. “He had a 20 percent chance of survival during his first couple of weeks here, and now he’s got a clean bill of health.”

Even healthy, Rialto requires 24-hour care—that’s the case for any young sea otter pup. “They have a basic routine that gets repeated over and over,” Shawn says. “Sleep, wake, bathroom, feed, play, groom, sleep again. The only time his caregivers could step away even for a moment was when Rialto was sleeping, usually about an hour at a time, and his naptimes were used for making more formula and catching up his laundry.” (Rialto’s formula, the consistency of heavy whipped cream or yogurt, was composed of a blended surf clams, water and puppy replacement formula—yum! Towels were used to groom him and line his “waterbed,” a cushion filled with cool water.) 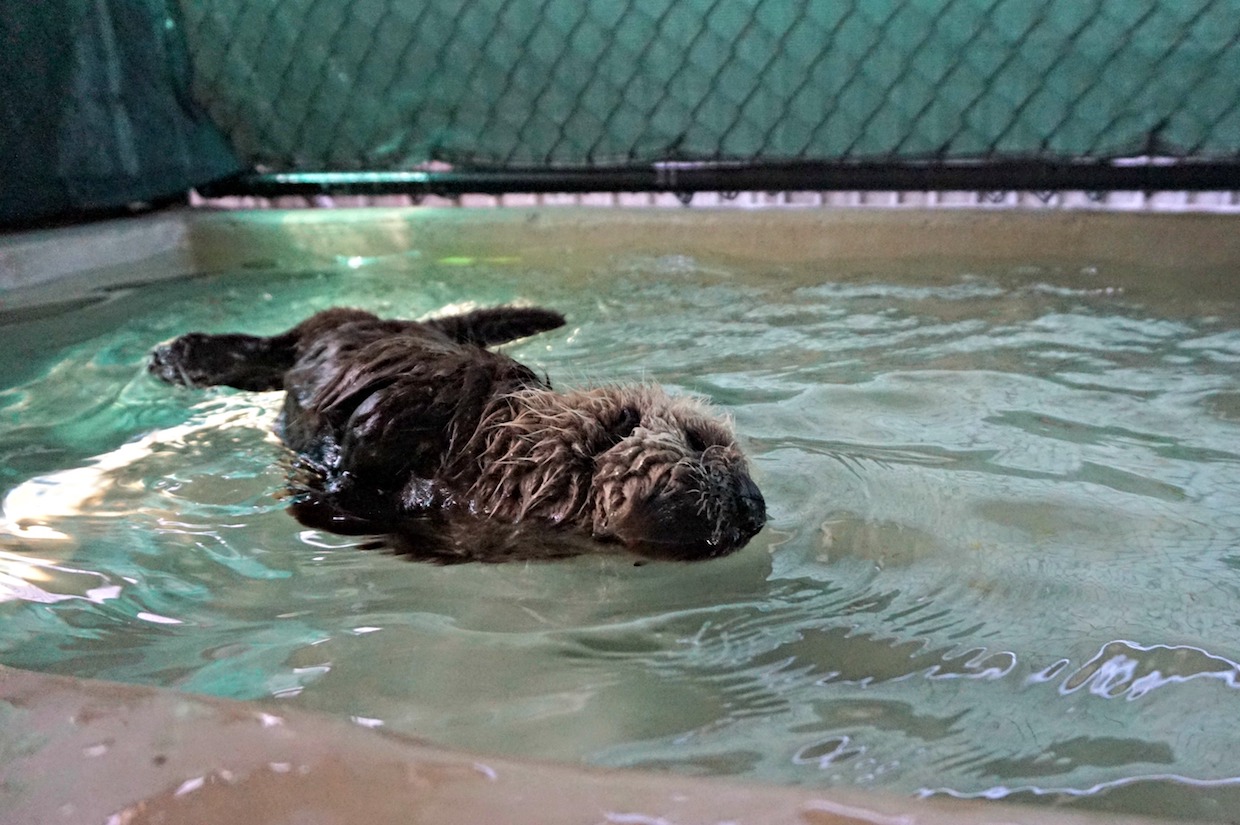 Rialto underwent quite a transformation during his weeks at the Aquarium, going from tiny and desperately ill to growing and thriving. By the time he left us, he had all of his baby teeth and was voraciously eating 25–28 percent of his body weight each day via formula and solid foods like clams, squid and shrimp. He loved playing with toys (favorite: ice toys with delicious squid heads in them!) and frequently slept with an ice pillow—mimicking what he might have experienced in the wild while nestled against the salt water-coated fur of his mother.

Rialto will still need 24-hour care in his new home at the Vancouver Aquarium, and is slated to begin integrating with the other sea otters there when he’s about four months old. Getting him to the point where he ready to travel required the time and expertise of a dedicated and passionate team. To close this post, we’d like to share highlights shared by some of those involved in Rialto’s care: I really enjoyed observing Rialto's curiosity for the world grow. When he first arrived, he really seemed to only see what was right in front of him. By the end of his stay, he was very curious of everything and wanted to explore the world. 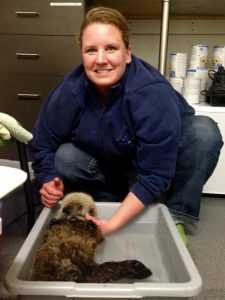 Rialto will be greatly missed but we're thrilled for the Vancouver Aquarium to receive such an amazing animal to educate and excite their visitors about sea otters and other marine life. We can't wait to visit him! 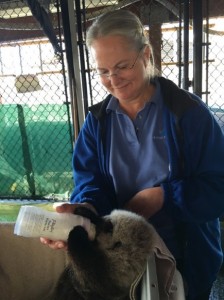 Taking care of Rialto has been one of the highlights of my 30 years here at the Aquarium. My favorite moments are giving him his bottle of formula on my lap. I will miss him so much! 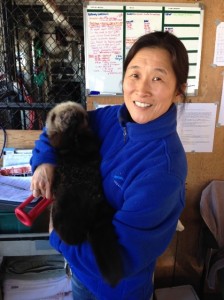 There is nothing more rewarding than giving a helpless sick animal another chance at life to become a beautiful healthy individual again. It didn't matter what Rialto was doing—sleeping, drinking from his baby bottle, learning to groom himself or swimming and playing in the water—he always made me smile. Rialto was a true sweetheart! 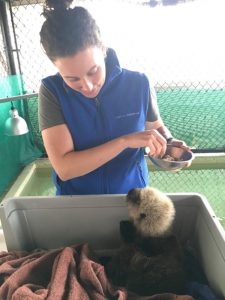 My favorite part about working with Rialto was watching him instinctively learn how to use his body to swim like a sea otter. It's amazing that we were able to rehab Rialto to give him a second chance as well as educate future generations about Washington sea otters.


You can keep up with Rialto's continuing recovery by watching Vancouver Aquarium's baby otter cam.