No, Leu and Flaherty aren’t prepping to run their first 5k—but, like many of the animals at the Seattle Aquarium, they regularly participate in training that benefits them in a variety of ways. We’ll tell you all about it—but first, some background on the two northern fur seals in our care, who we fondly refer to as “the boys.”

In May 2012, Leu was found stranded on a beach under a kelp bed in Santa Barbara, CA; his estimated age at the time was 11 months. Poor Leu was emaciated, missing patches of his guard hairs and blind in his right eye. He was deemed non-releasable by the National Marine Fisheries Service and went to live at the New England Aquarium until early 2015, when he moved to the Seattle Aquarium. He was named for the Aleutian Islands of Alaska (A-LEU-tian, get it?), the waters of which are within the natural range of wild northern fur seals. He currently weighs in at 250 pounds. 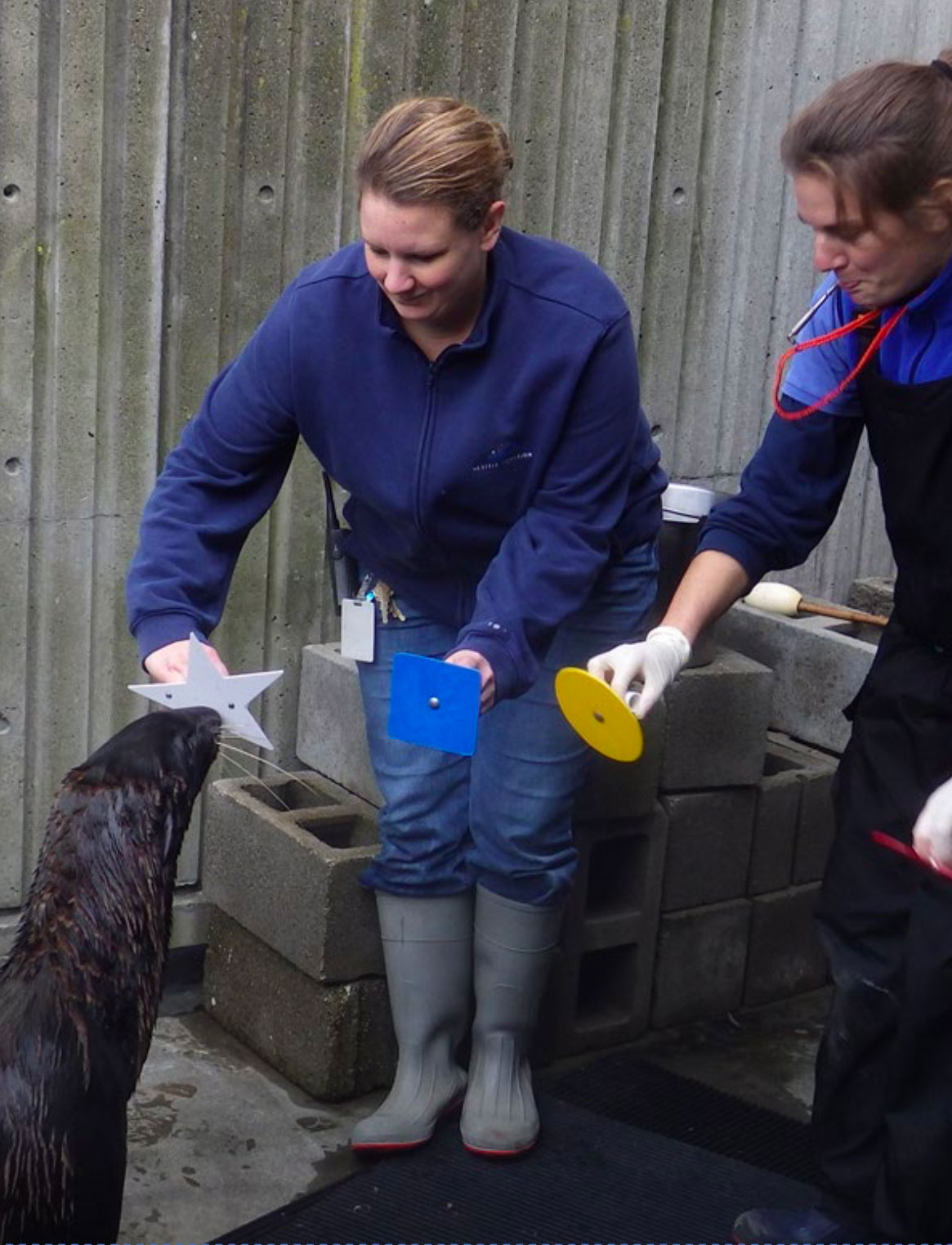 THE BENEFITS OF TRAINING

Training enhances the quality of life for animals in our care in a variety of ways:

Please consider a gift that will help the Aquarium continue to provide the best care for its animals,
advance science-based policies to protect marine wildlife, and expand at-home and
Aquarium-based engagement and learning opportunities.