Know your beach—this week from the beach I was talking with a great family last weekend at the beach and their 4-year-old son said to me, “The water is coming back! That is bad news!”

He was talking about the tide coming back in. Indeed, it was bad news for us humans who love exploring the wondrous tide pools during low tide, but very GOOD news for the myriad sea creatures who struggle to survive a few hours out of the water that keeps them alive. We had lots of good stewards join us at the beach this week who helped to ensure that the animals, whose homes we like to visit, stayed protected during the stressful time of low tide by observing with our eyes, leaving animals where we found them and sometimes even giving animals a little extra protection with a covering of cool seaweed. One animal particularly vulnerable during the low tides is the Lewis’ moon snail. These large, marine snails spend much of their time burrowed in the sand for protection. They live out in deeper waters during the fall and winter and come closer to shore in the spring and summer to mate and lay their eggs. Their large shells (sometimes almost 6” in diameter) house their even larger bodies, including their tremendous foot that can extend up to 12” in length! Although moon snails can pull their entire, enormous selves inside their protective home and close themselves in with their front-door-like operculum, they will suffocate to death if they stay shut inside for too long. A good reason to observe them where they are rather than picking them up and scaring them back inside their house! 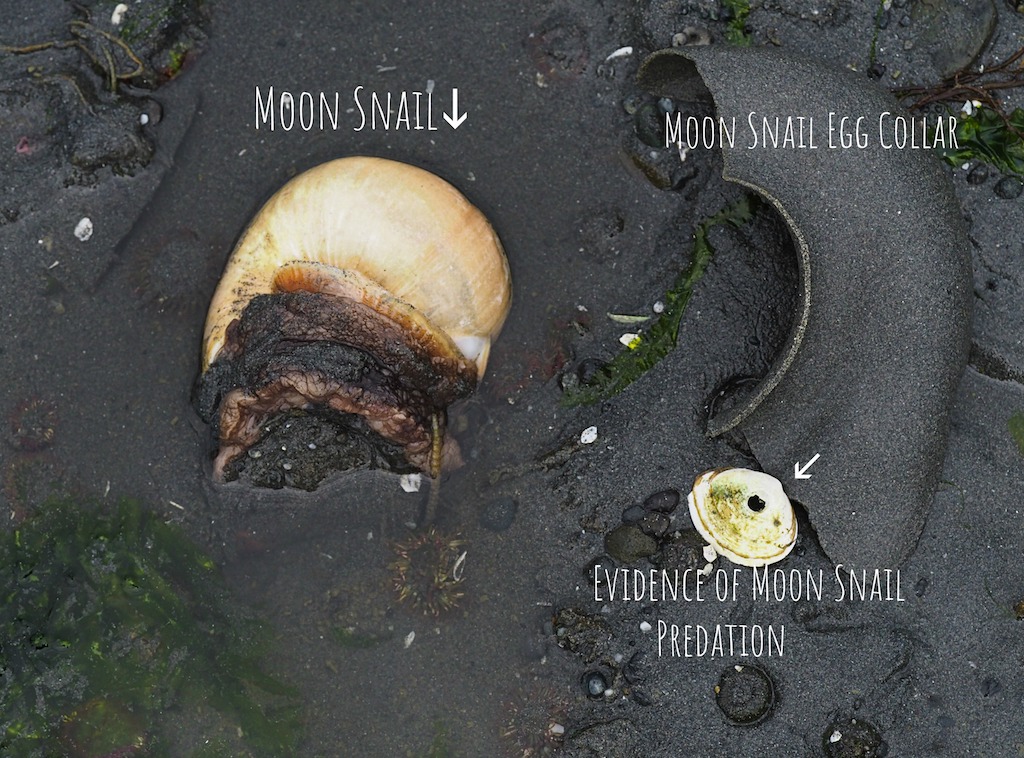 So many moon snails were observed this low tide series! It was a treat to get to watch this gal at Constellation Beach gather sand on her foot and burrow herself deeper into the sand. It was looking as though she might have been getting ready to lay some eggs! You can see the remnant of a moon snail egg collar next to her. The ultimate egg sandwich—the moon snail gathers sand on her large foot, deposits a layer of eggs, adds more sand and then seals it all up with some thick, sticky mucus! Five hundred thousand babies will hatch out in about six weeks as the egg collar starts to break apart. You can also see evidence of a moon snail meal in the photo above. They love clams and will use their tongue-like organ, called a radula and covered in hundreds of tiny, sharp teeth, to drill into the clam’s shell in order to suck out the meaty insides with their proboscis. Those holes in clams were not put there by someone to make a necklace! 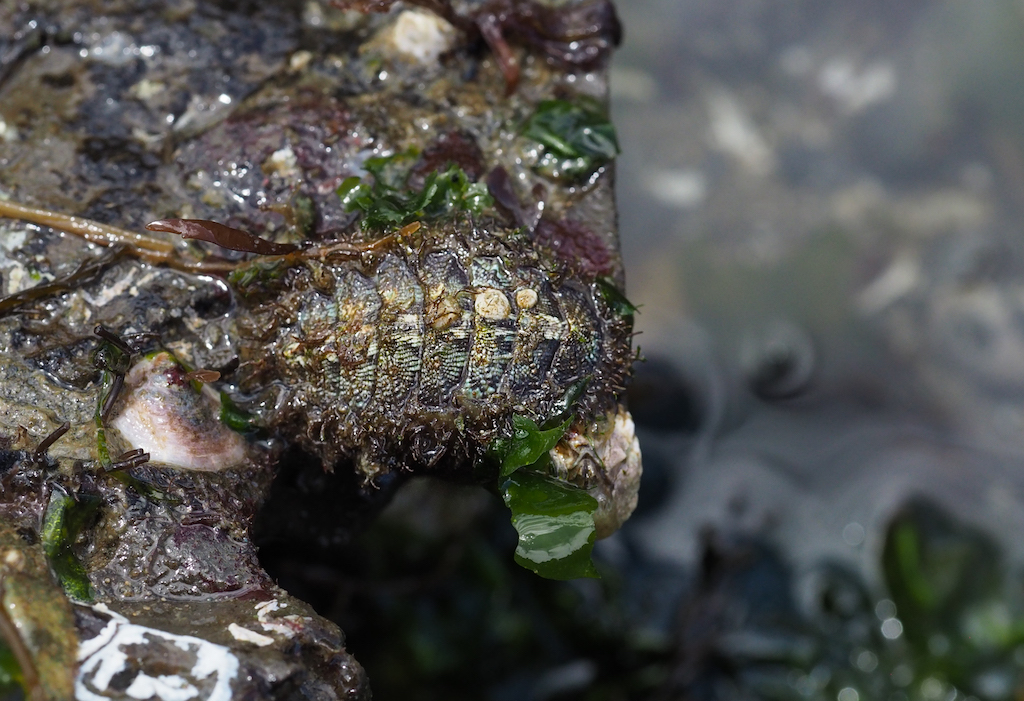 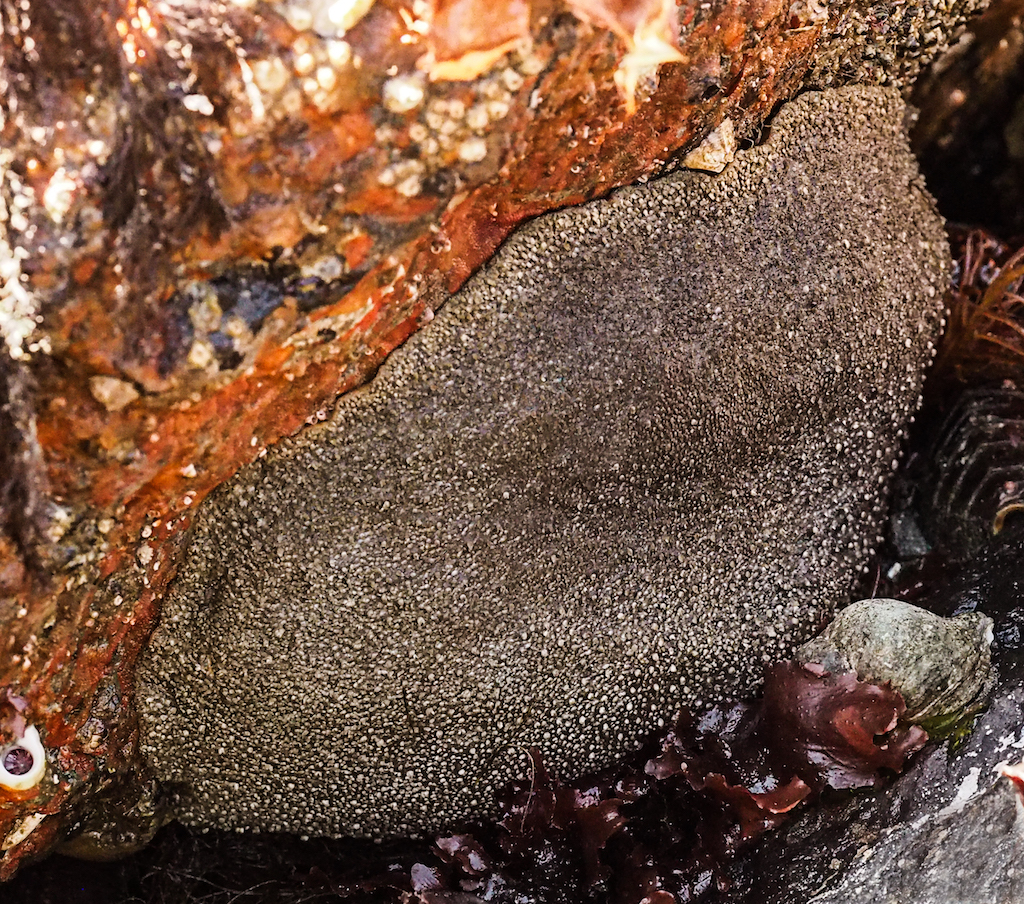 Like the moon snail, chitons have a soft body with a large foot and a protective exterior. Rather than one single shell, chitons have a coat of armor consisting of eight hard plates. These plates are visible on almost all species, the gumboot chiton being an exception. The gumboots have a leathery, skin-like girdle that covers their plates of armor. We have a resident gumboot at Constellation Beach. Well, actually, several! The one pictured here, seen on the smaller, rocky breakwater, is a whopping 10” in length. It seems to have made a home for itself in deeper waters, so we only get a glimpse of it on our super low tide days. You are more likely to see smaller species, like the mossy and woody chitons, clamping down on the rocks during low tide. They keep moisture in this way and also protect themselves from being eaten by ravenous gulls. Every once in a while though, I spot one on the move. As you can see here, they are pretty speedy! The jellies are back! People often ask me at the beach, “Can I touch it? Will it sting me?” All jellies sting, but some have more potent stings than others. Coming into contact with these two species, the water jelly and cross jelly, probably won’t have much of an impact on your human skin. However, some people are extra sensitive, so always err on the side of caution when you see jellies. Both of these jellies are small in size, usually maxing out around three inches. They are translucent and hard to see during the day unless you are really keeping a close eye out for them. At night, they both have the ability to glow in the dark! Did you know jellies are plankton? Even though we tend to think of plankton as something we cannot see with the naked eye, the word plankton refers to any organism that cannot effectively swim against the current. Ever seen a giant mola sunfish? They are plankton too!

Believe it or not, sand dollars, sea stars and sea cucumbers are all related. They’re all in the same phylum, Echinodermata, meaning “spiny skinned.” In the above photo of the sand dollars at Seahurst Beach, you can see the living animals, covered with deep purple spines and the remains of a dead animal, the white shell or “test.” On the top of this “test,” we see a flower pattern with five “petals.” This is where the sand dollar has tube feet that help in respiration. When you flip that “test” over and look at the underside, you’ll see a central hole and radiating branches. The hole is the sand dollar’s mouth and the branches are grooves that, along with mucus, help ferry food to the central mouth.

Beach etiquette tip of the week: Leave your furry family members at home. Dogs are not allowed on our Seattle beaches—on leash or off.

It was another great week at the beach—thanks again to all of our amazing volunteers and visitors! Wait, did I mention already we saw a baby octopus at Lincoln Park Beach?! There’s nothing better than that! Anyway, if you enjoy taking photos of your beach explorations, make sure to tag them on social media with #seattleaquarium, #beachnaturalist, #knowyourbeach. We hope to see you the week of June 22 for our next low tide series. Happy tide pooling! 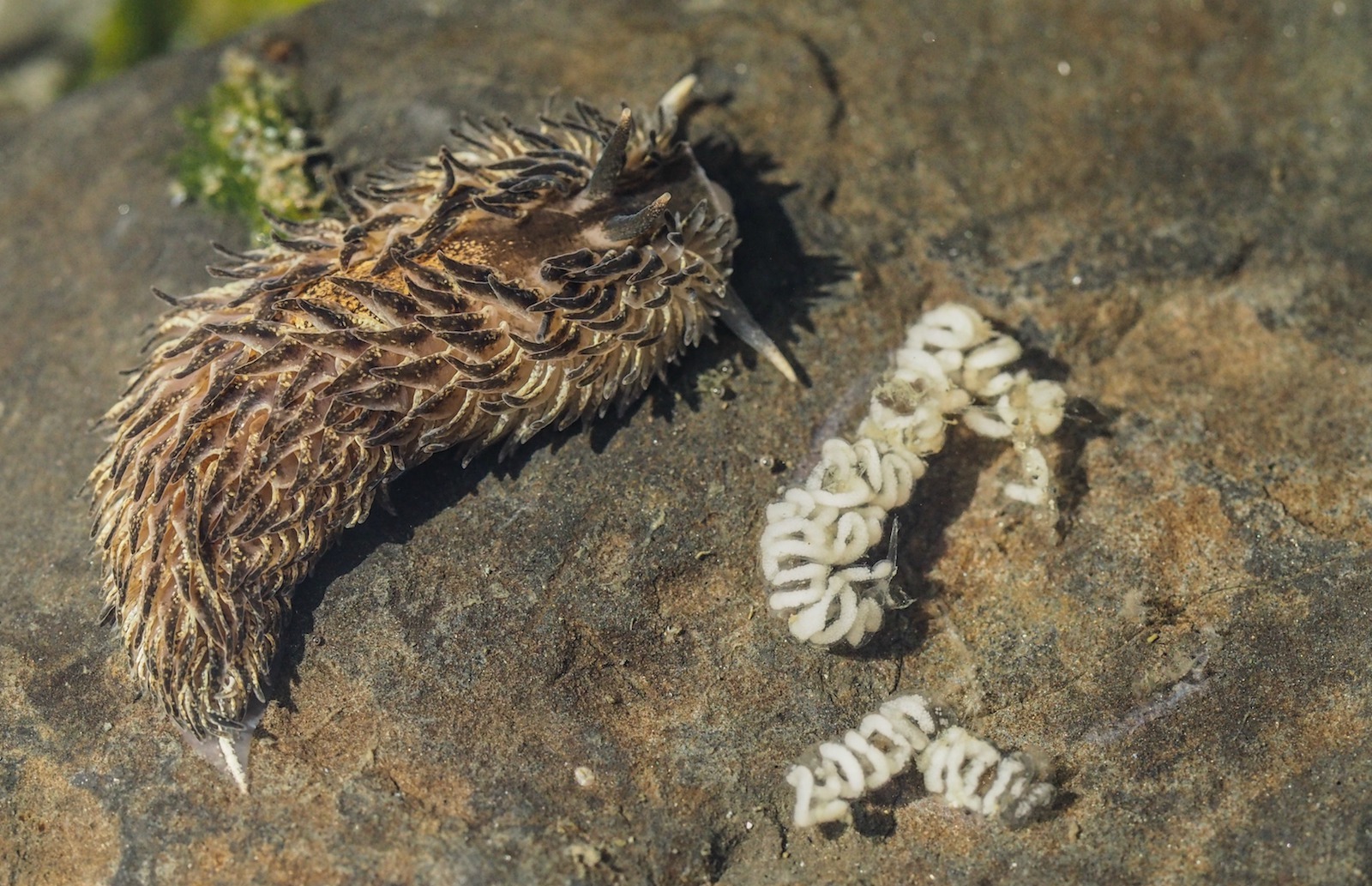 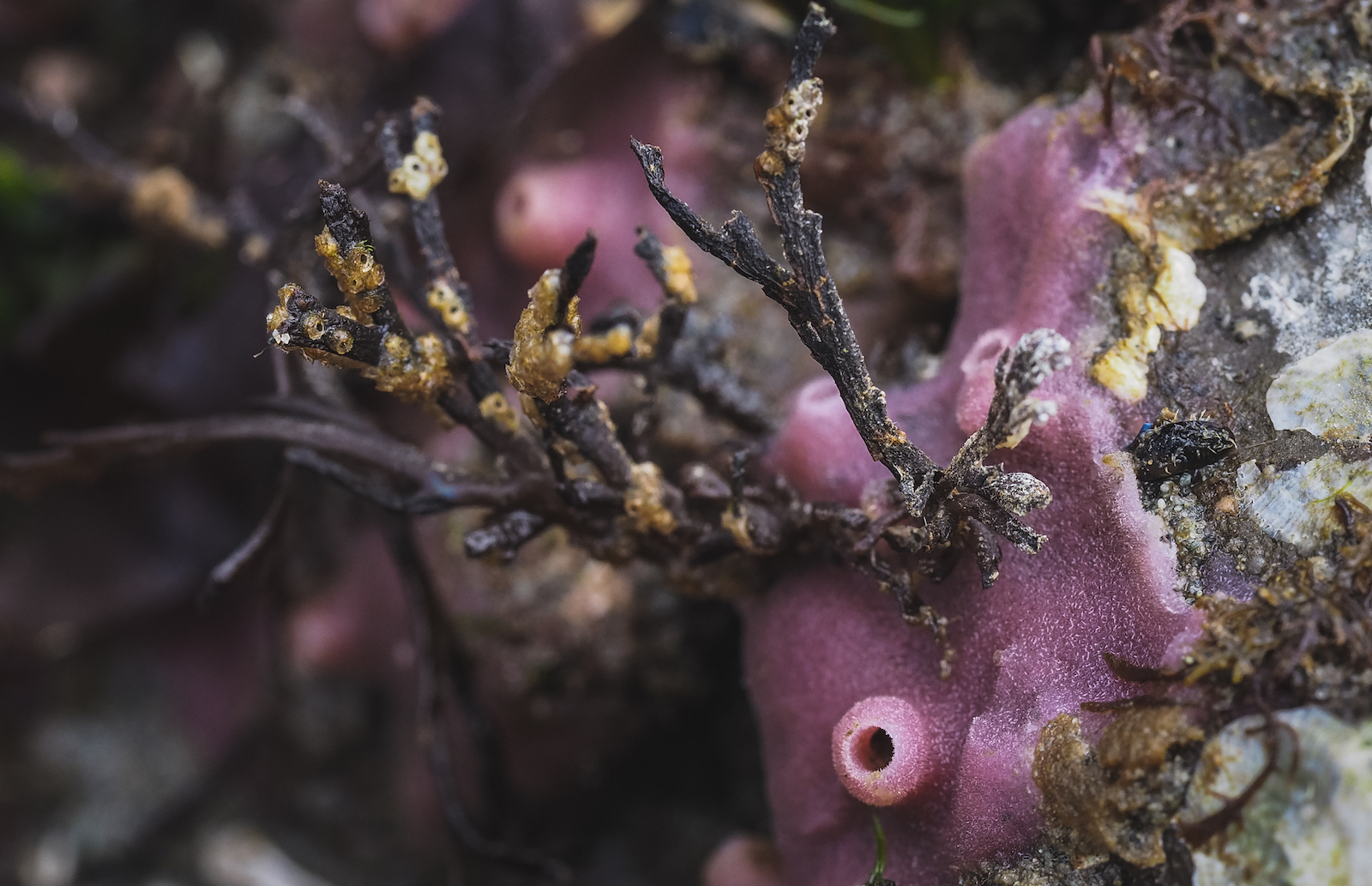 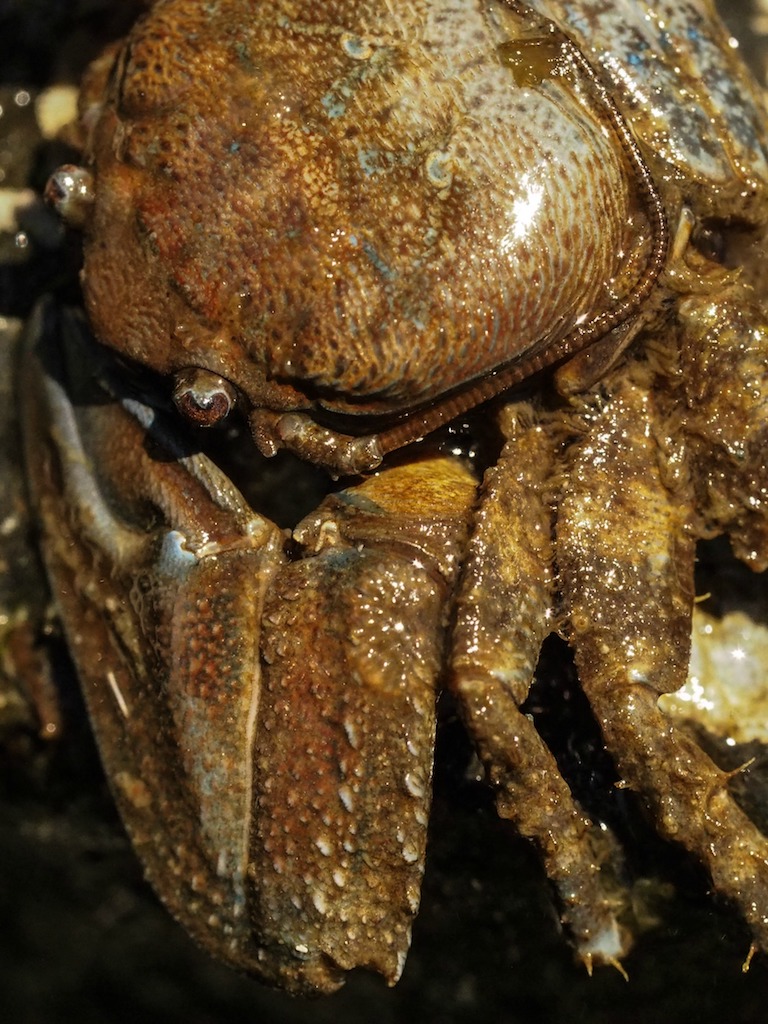 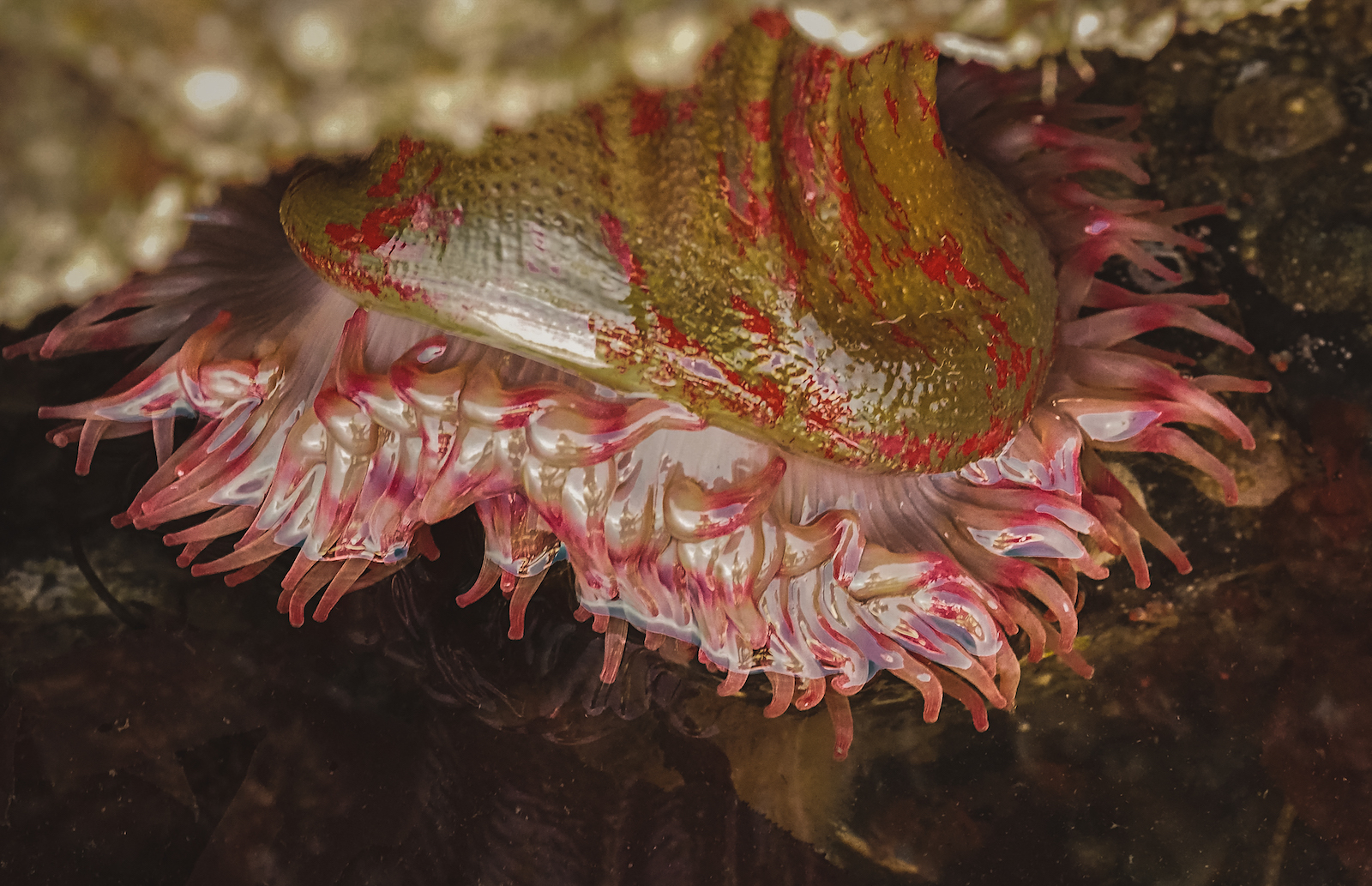 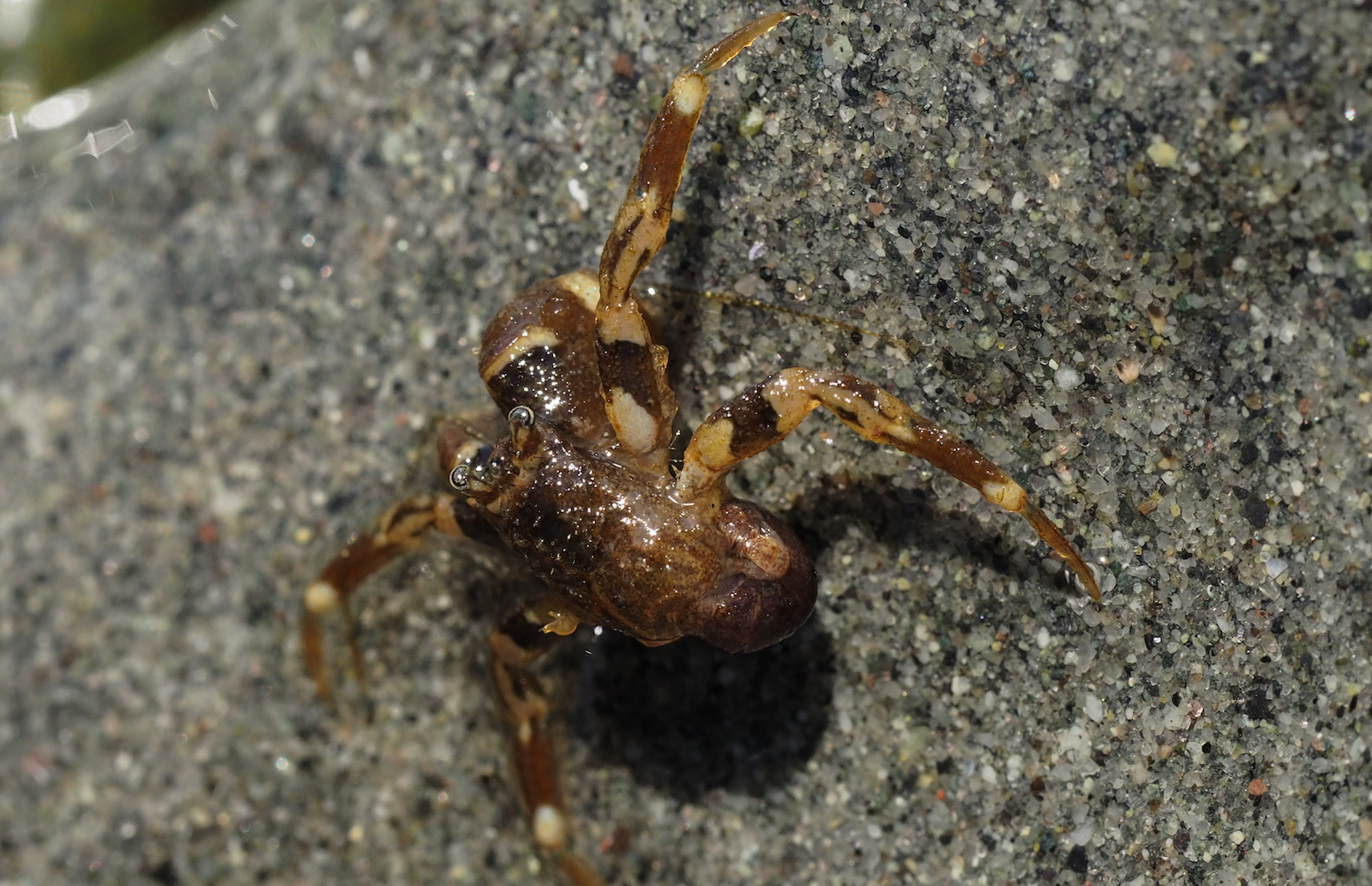 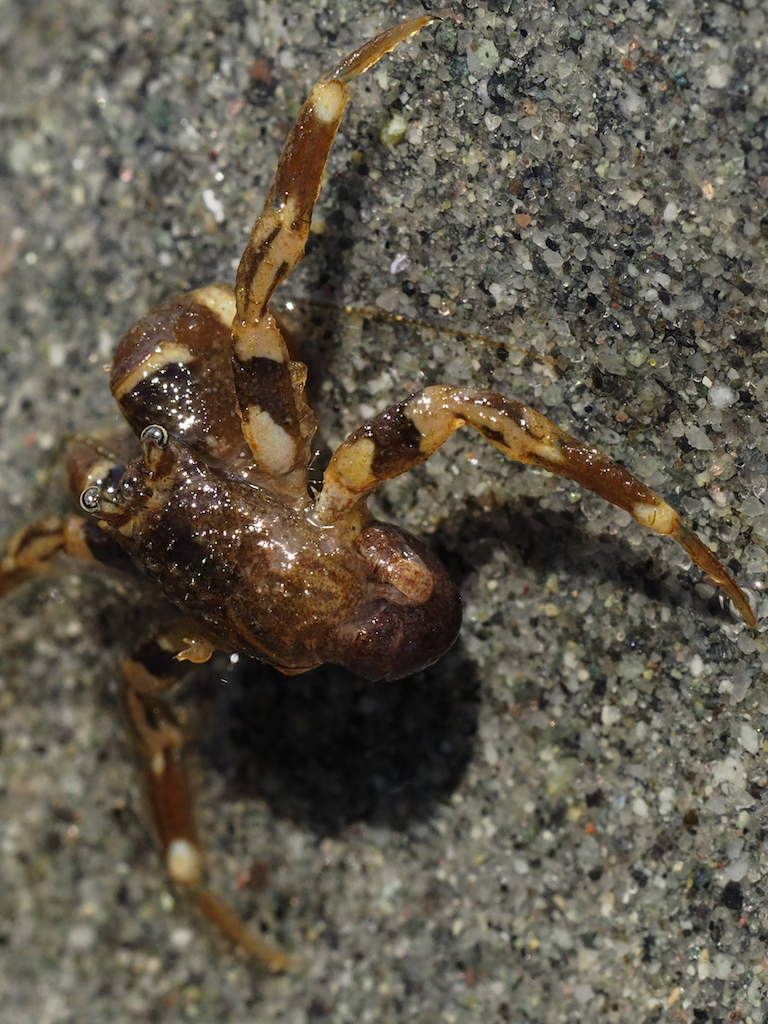 Hermit crab without its shell 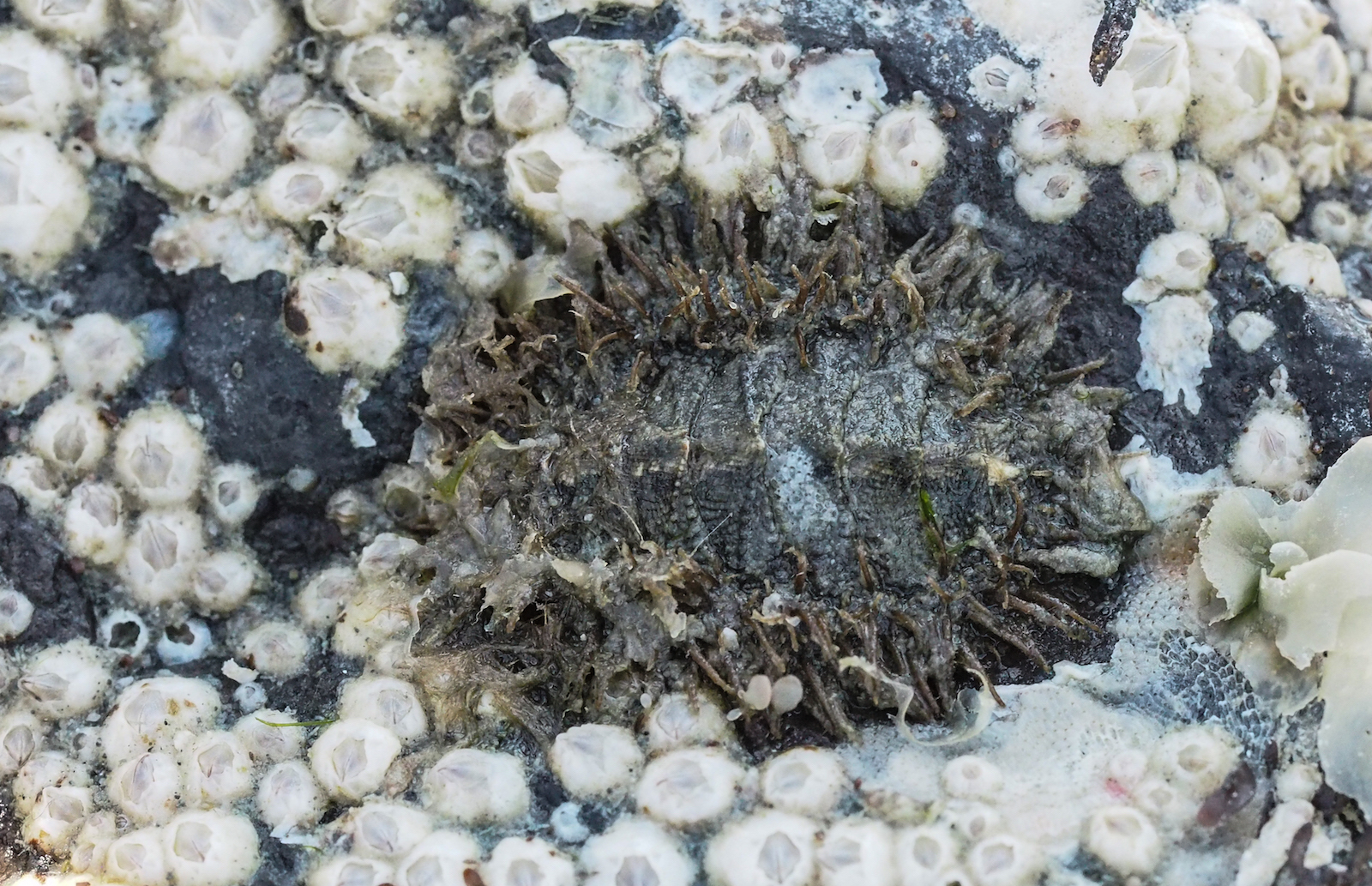 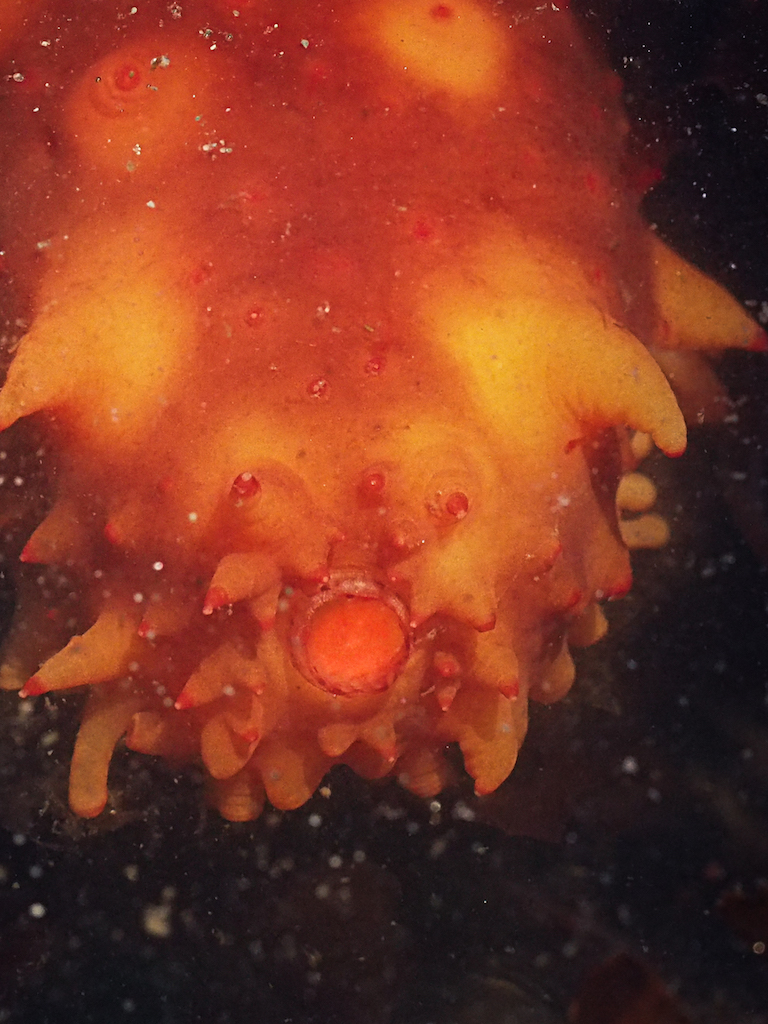 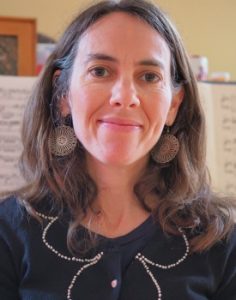 “I ventured westward from Albany, NY and fell madly in love with our city from the moment I arrived. It was 21 years ago this August when Seattle first charmed me with its lush, forested parks, beautiful beaches, and water and mountain views (when the skies are clear enough) all around.

I spent the first half of my 21 years here immersed in Seattle's wonderful coffee culture. My husband and I owned and operated Victrola Coffee on Capitol Hill until 2008. We sold our business that year to spend more time with our newborn son and I have been a stay-at-home, homeschooling mama and budding photographer and naturalist ever since! It started with me taking my young son to the beach, gazing into tide pools and wanting to know more about what we were looking at. Soon, I was going to the beach by myself, every low tide I could, and following the Seattle Aquarium beach naturalists around asking questions. :)

I signed up to be an interpretive volunteer at the Seattle Aquarium in 2013, became a beach naturalist volunteer in 2014, and this will be my second year as an official member of the Seattle Aquarium staff as a beach captain. My favorite place to be is on the beach, with my camera, sharing my love and knowledge of our intertidal dwellers with the hope that I will inspire others to love and protect the Salish Sea and the ocean beyond.”