Tracking has shown scientists that in winter, from about December to March, animals from the two main populations, Alaska and California, gather together off the coast of Washington. Here they swim constantly, feeding on schooling forage fish such as herring. They are completely pelagic at this time—which means they’re living in the open ocean—and only an injured or ill animal would leave the water and haul out on land (such strandings should be reported to the Marine Mammal Stranding network at 800-562-8832). Commenting about Commander, Sharon said, “I could never get this close to a healthy adult male in the wild. A wild male of his size would be very aggressive toward humans. At his current weight of 329 pounds, Commander is about the size of typical adult males from the San Miguel area in California; males from the Alaska population can weigh 800 to 900 pounds.” 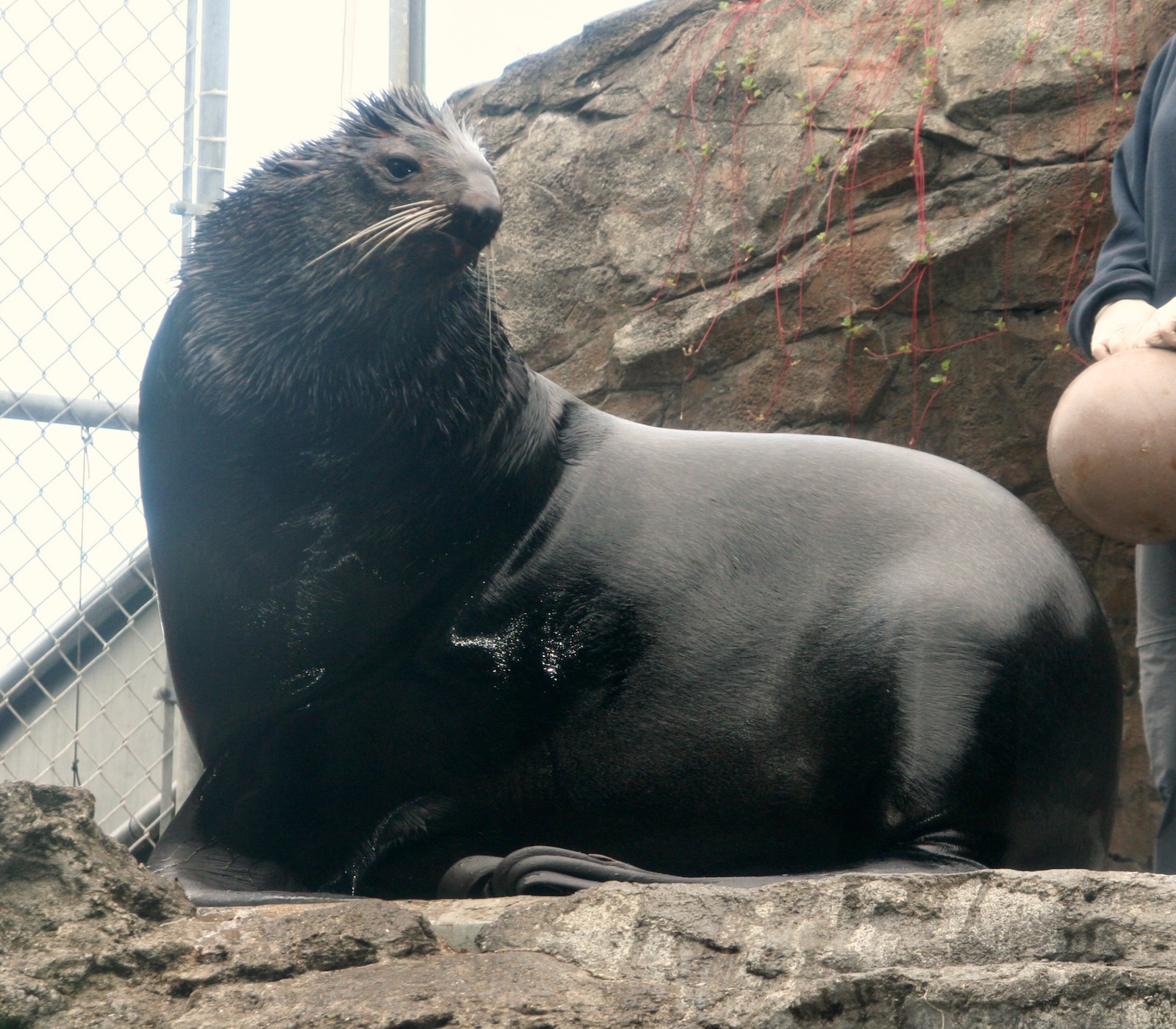 Happily, Commander never has to worry about his food. The enrichment item in our photo, an empty five-gallon water jug with a 3” hole, contains herring on ice. Yum.