The octopus - our thriving neighbor We’re all familiar with the many animals that live among us as they forage for food and navigate around buildings and parks throughout the city. But you might be surprised by new research that shows that a very different neighbor, our very own giant Pacific octopus, has something in common with these city-dwelling animals.

Synanthropic species is a scientific classification for animals who have learned to live in urban environments. The term describes undomesticated (wild) animals or plants that live in close association with people and that adapt to benefit from our activities.

A new study published in the journal Urban Ecosystems this past February, has shown a preliminary link between urban habitats and giant Pacific octopus populations. The research, which was coauthored by one of the Aquarium’s very own staff Amy Olsen, found that giant Pacific octopus numbers were greater in deep water, urban areas around Puget Sound in comparison with more rural locations.

Why do researchers think octopuses like living by people?

More common species of synanthropes like birds and rodents, often thrive in cities due to the abundance of food that we as humans unwittingly provide for them. However, researchers theorize that giant Pacific octopuses have become our neighbors not because of food—instead they are seeking out urban areas because of the habitat generated by human debris.

As an invertebrate octopuses can do amazing things with their bodies and will often make sunken boats, old piers or even a discarded bottle their home. An adult octopus can weigh up to 150 pounds and have an arm span 20 feet across—yet they can fit themselves through a hole about the size of a lemon. Any diver will tell you that it is not uncommon to see an octopus make a den in an abandoned tire or some other piece of debris found at the bottom of Puget Sound. 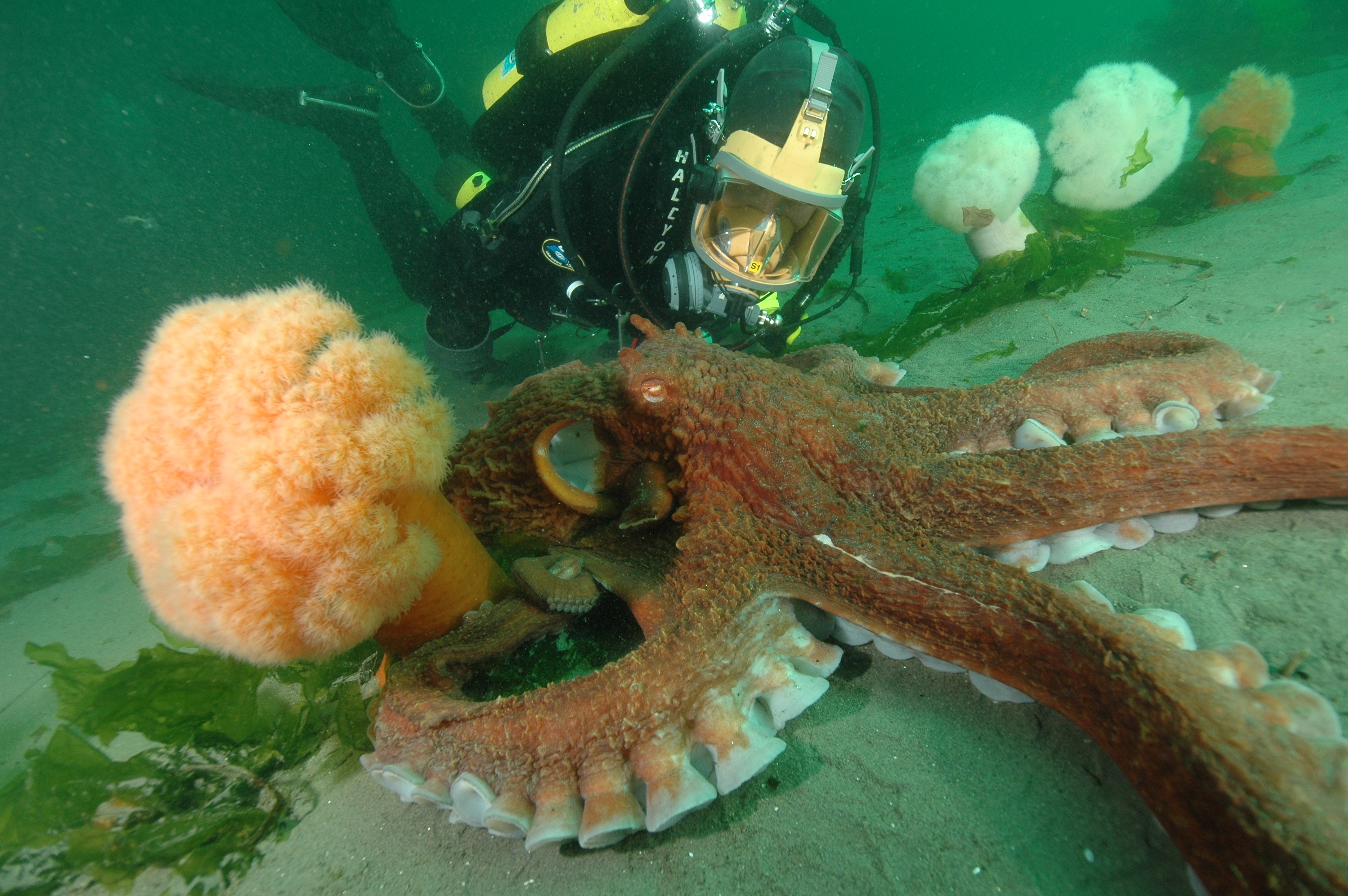 Learn more about this amazing species by visiting the Aquarium!

The giant Paciﬁc octopus is the largest species of octopus in the world. They can change color and texture at will, and the Aquarium is highly invested in their success.

Every year the Aquarium participates in an annual census to track how the local octopus population is doing. The data collected, and the changes in it from year to year, provide insight into how these important animals use habitat and affect the areas they inhabit. This year with the help of staff and volunteer divers, we were able to count 39 giant Pacific octopuses at 16 dive site locations.

Come visit us at the Seattle Aquarium to view Vincent, our male giant Pacific octopus or read more about the many amazing adaptations of octopus on our website.