Quiz: Test Your Knowledge of Dogfish 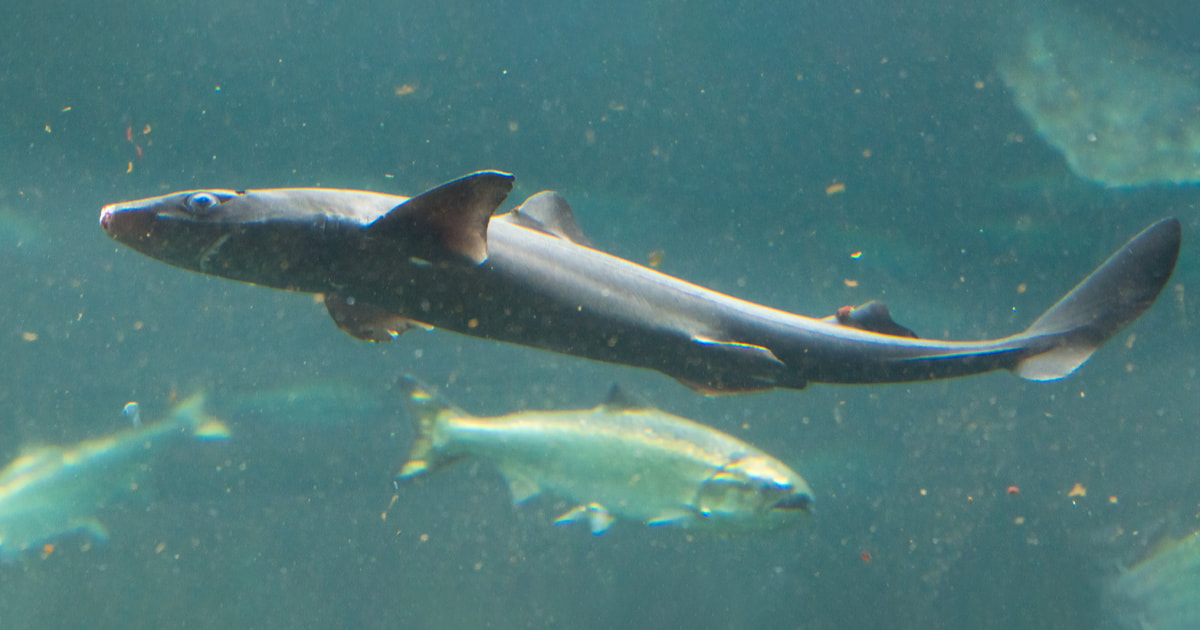 Stand in our Underwater Dome for a few minutes, and you might catch a glimpse of the Pacific spiny dogfish living there. How much do you know about this nimble, fierce and yet understated fish? Sink your teeth into our quiz to find out.

1. What is the relationship between dogfish and sharks?

2. Where does the name “dogfish” come from?

3. How do dogfish stand out from other Aquarium residents?

4. Dogfish love to sink their sharp teeth into dinner. Which of these isn’t on the menu?

5. Where on their bodies do dogfish have venom—a key defense from predators?

6. Dogfish are skilled long-distance swimmers. One dogfish that was tagged in Washington was later found in …

Learn more about dogfish by exploring our dogfish webpage or visiting the Seattle Aquarium’s Underwater Dome.

1. B
Although dogfish are much smaller than their more well-known counterparts, they're sharks just like hammerheads and great whites. What classifies a fish as a shark? A skeleton made of cartilage instead of bone, among other distinctions.

2. C
Hundreds of dogfish can join a hunt, allowing packs to tear through schools of prey. And while they have no fur, dogfish—like other sharks—have skin made of small tooth-like scales called denticles.

3. D
Because female dogfish don’t reproduce until well into their lifespans, dogfish populations can be especially vulnerable to overfishing.

4. A
Dogfish living in the Underwater Dome have been known to gnaw through a whole herring in seconds. Because dogfish live alongside other animals in the Dome, Aquarium staff ensure they eat well and regularly.

5. B
Dogfish living in the wild might use their venom on sixgill sharks and seals—two of their common predators.

6. C
The dogfish that traveled from Washington state to Japan swam an estimated 5,000 miles. That’s more than 160,000 laps in an Olympic-sized swimming pool.

7. A
Today, many of the Atlantic spiny dogfish caught by U.S. fisheries aren’t eaten here; they’re shipped to European markets for meals such as English fish and chips.

8. D
Overfishing, pollution and lack of prey are threats to dogfish populations worldwide. Explore what you can do to protect our one ocean and the animals that call it home on our take action page!