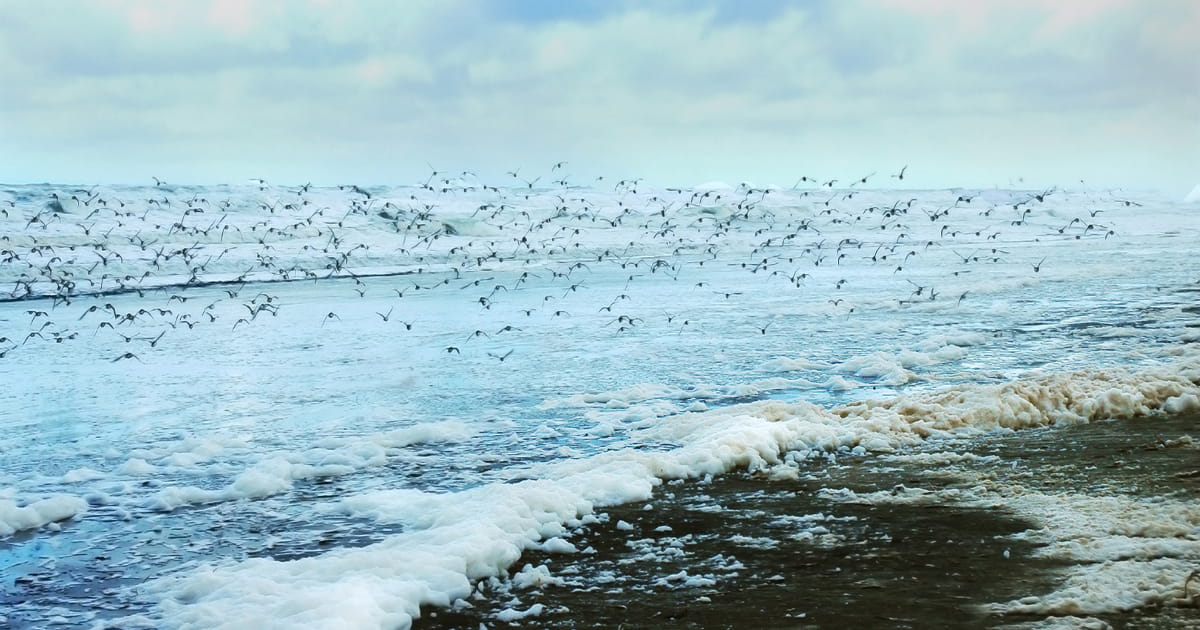 Fossil fuels pose a huge risk to the health of our oceans. When we burn fossil fuels such as oil, coal and natural gas, more carbon dioxide goes into the atmosphere. As the ocean absorbs some of these emissions, the chemistry of the seawater changes. Ocean waters that are more acidic dissolve shells and coral skeletons and make it hard for animals to form new shells. These changes, along with ocean warming and other climate change impacts, harm marine ecosystems and the people who rely on them for their food, livelihoods and well-being.

The transportation of fossil fuels and the accompanying potential for oil spills threaten the waters of the Salish Sea every day. There are proposed projects that would further increase oil handling in Washington state, along with the chance of devastating oil spills from trains, tankers and barges. In a 2019 count by Friends of the San Juans, there were 25 proposed new, expanding or recently completed terminal and refinery projects, which would add 4,232 more vessel transits every year to and from ports in Washington state and British Columbia.

Some types of oil are light and float on saltwater, spreading out very rapidly and making the oil easily accessible to seabirds and mammals at the water’s surface. Other kinds of oils are heavy and sink, causing problems for fish and organisms on the seafloor. Animals are hurt when they inhale oil as they surface to breathe or swallow oil as they try to clean themselves. When birds’ feathers or mammals’ fur get coated in oil, it also undermines their insulation, making it difficult for them to maintain the right body temperature. Oil and gas transport in marine waterways is listed among the primary threats to the sea otter population. And it is estimated that an oil spill of 2,000,000–4,000,000 gallons may kill up to half of the remaining endangered southern resident orcas (1).

Many Seattle Aquarium staff have the federal and local training required to safely handle and care for wild marine animals in the event of an oil spill. Three of our staff are also trainers and provide annual Hazardous Waste Operations and Emergency Response (HAZWOPER-24) classes in the region with a focus on oiled wildlife response.

But we must do more than prepare for the eventuality of a catastrophic oil spill in the Salish Sea. Fossil fuels must be phased out to protect the health of our ocean and the marine species that call it home. The Seattle Aquarium has begun engaging with partners in the Stand Up to Oil coalition, a group of organizations committed to protecting Pacific Northwest communities from the health, safety and environmental threats of oil infrastructure and transport.

Over the last few months, we have raised our voice to oppose new fossil fuel infrastructure in Washington state and ensure that oil spill risks to endangered species are explicitly considered in project-approval processes. These efforts have included:

We invite you to join the Seattle Aquarium in speaking up for the health of our ocean and climate! Get breaking news and urgent action alerts by subscribing to our policy email list.