Sea otters at the Seattle Aquarium and beyond 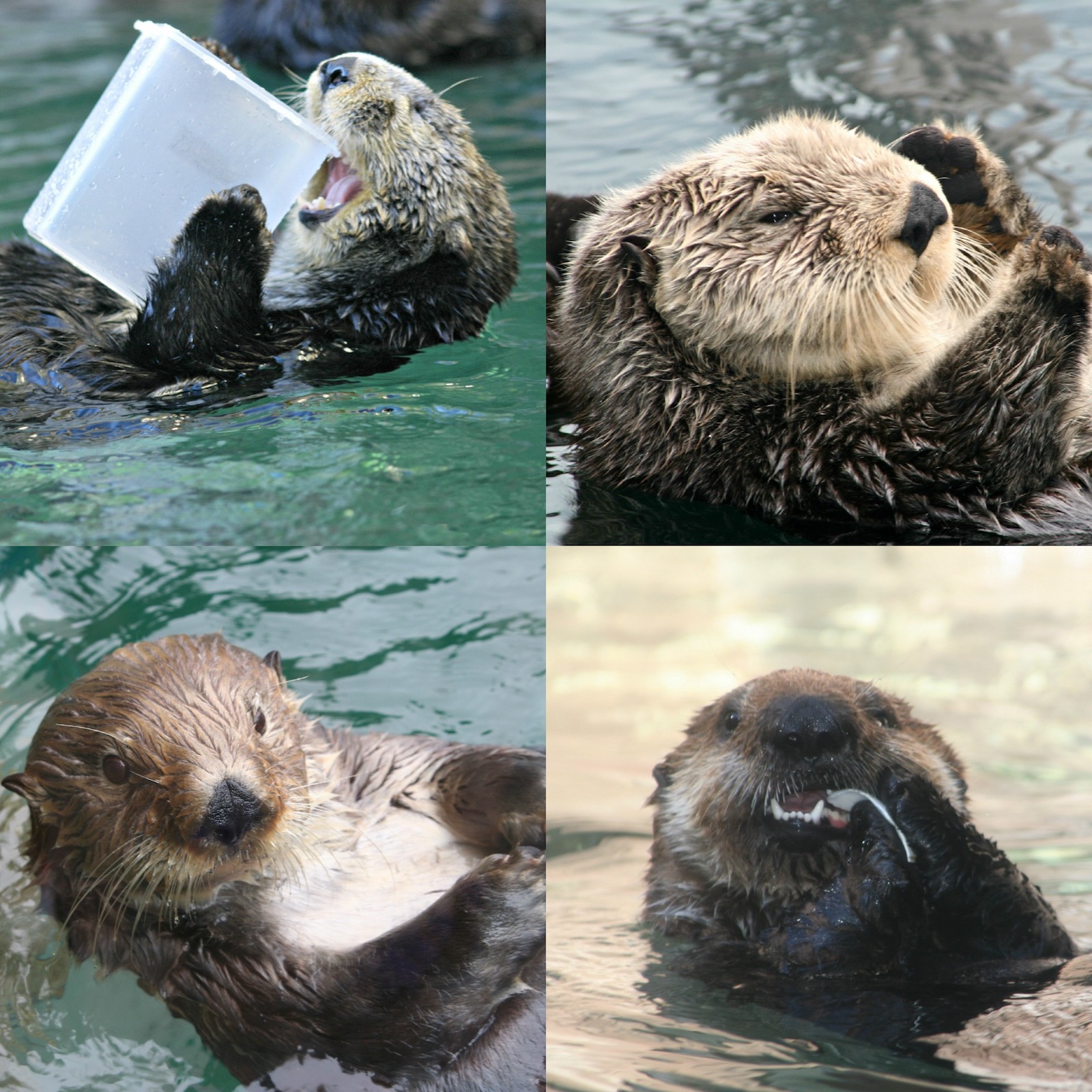 Sea otters are an important species in the food chain as they keep sea urchin populations under control so they don’t eat all the kelp, which protects many other species. At one point, over 100,000 sea otters called the Pacific Northwest home, but the Washington sea otter population was hunted to extinction at the turn of the 19th century. The reason otters were so prized was because their fur is the densest in the world, with anywhere from 500,000 to 1 million hairs per square inch of skin. In the late 1960s, many otters were collected from Alaska and re-released off the coast of Washington in an effort to repopulate this area. Fortunately, they are now protected from hunting and have made a recovery in Washington waters. Today there are roughly 1,100 sea otters off our coast.

Sea otters are a special type of marine mammal because they don’t have a layer of blubber to keep them warm. Instead, they rely on their thick fur and high metabolism to do the job. Otters need to constantly groom their fur and blow air into it to stay warm. You can watch them do somersaults in the water and see the air bubbles coming off them here at the Aquarium.

Sea otters need to eat around 25% of their body weight every day; roughly 15–20 pounds. At the Aquarium, their diet consists of a variety of shellfish, squid, fish, crabs and shrimp.

As a volunteer, I get to interact with these animals on a weekly basis. My favorite time to visit them is during evening trainings, when they swim up to the windows to look at the people walking by. It’s also fun watching them feed. Each otter has a special “station” they are trained to go to during feeding times. This helps the biologists identify which animal is which, and also makes sure no one is left out of receiving food.

Come down to the Seattle Aquarium this weekend during Marine Mammal Mania (April 5-7) to learn more about these adorable animals!