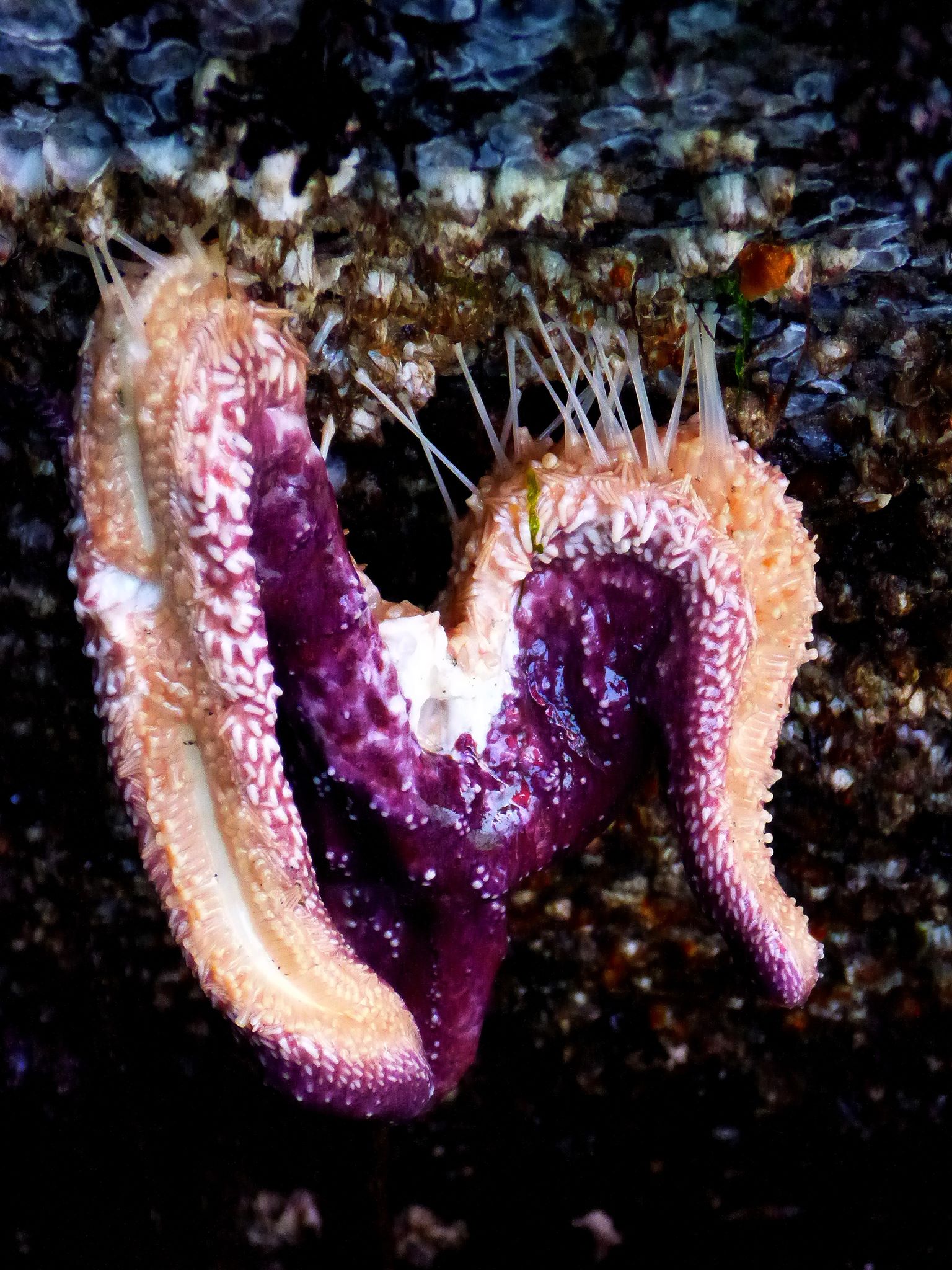 Since the end of October 2013, the Seattle Aquarium has been actively collaborating with a variety of institutions—including the Vancouver Aquarium, SeaDoc Society, Cornell University, the Wildlife Conservation Society and the USGS National Wildlife Health Center—to respond to the ongoing unusual mortality event occurring in sea stars along the West Coast. Below, Seattle Aquarium staff veterinarian Lesanna Lahner shares an update on developments since our December 2013 blog post:

At this time, the condition has been labeled Sea Star Wasting Disease (SSWD) and the cause has yet to be determined. Reports of SSWD along the West Coast, particularly along the Oregon coast, have increased recently. Twenty sea star species have now been documented as affected by SSWD. Reports from the coast of California note that sea urchins may be dying in large numbers in or near areas that are affected by SSWD as well.

The search for a cause continues. A potential pathogen that is associated with SSWD has been isolated by microbiologists at Cornell and more information will be released soon by that laboratory at their discretion. There have been reports that SSWD is related to warming waters, El Niño, Fukushima, or the consumption or shellfish by sea stars—however, there is currently no evidence to substantiate those claims. 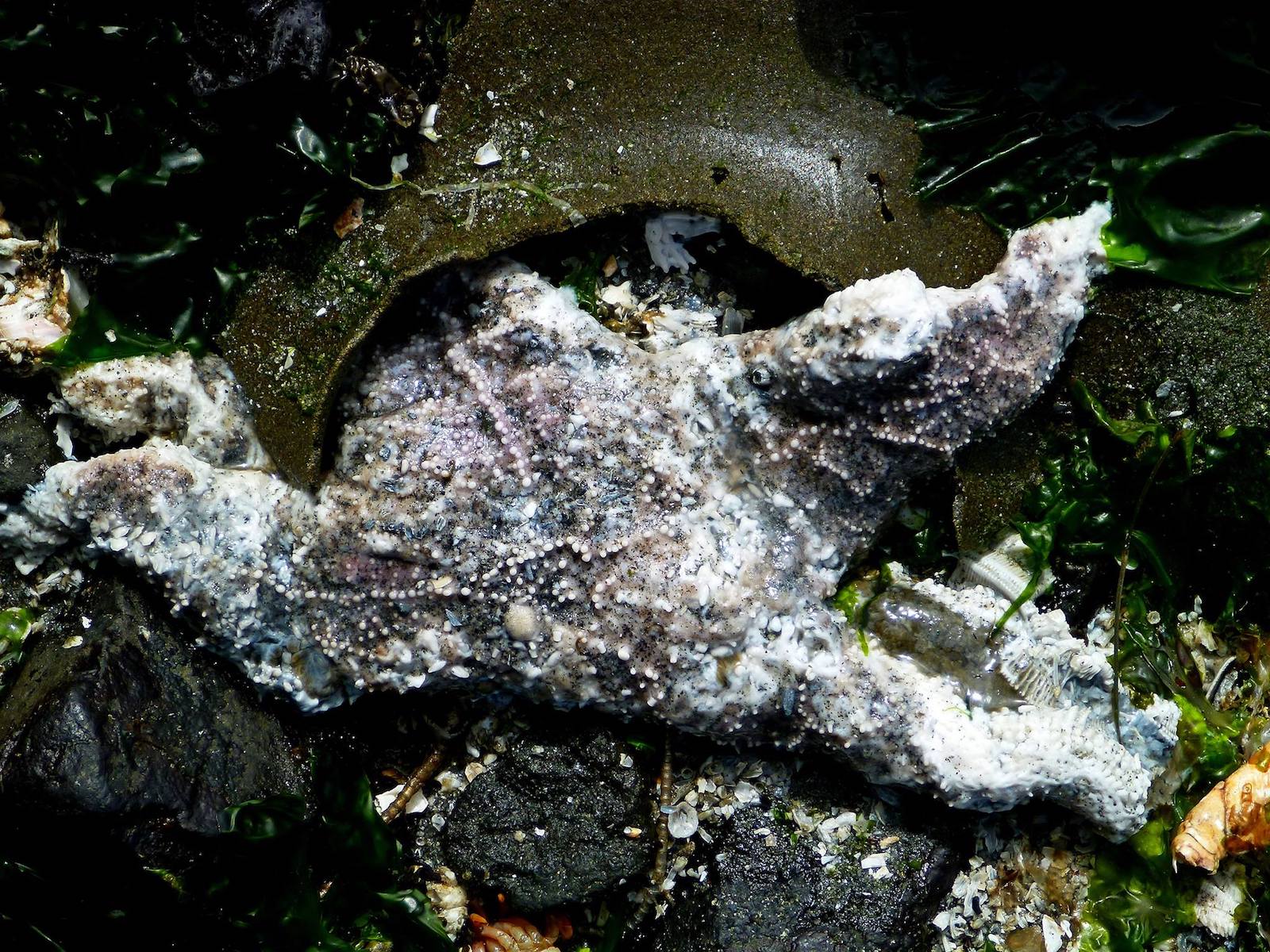 SSWD has not only impacted sea star populations in the wild; it has also impacted sea stars in the Seattle Aquarium’s exhibits, which are filled with filtered water pulled from Puget Sound. SSWD has caused mortalities of Pycnopodia helianthoides (sunflower sea stars), Pisaster ochraceus (purple sea stars) and an increasing number of other species including mottled, rainbow, vermillion and leather sea stars. All sea stars have received veterinary medical care and close monitoring throughout this unusual mortality event.

The Seattle Aquarium continues to work diligently with a variety of professionals to determine the cause of SSWD while providing support to ongoing research and updates, as they become available, to the Aquarium community. Check back for more information as it becomes available!