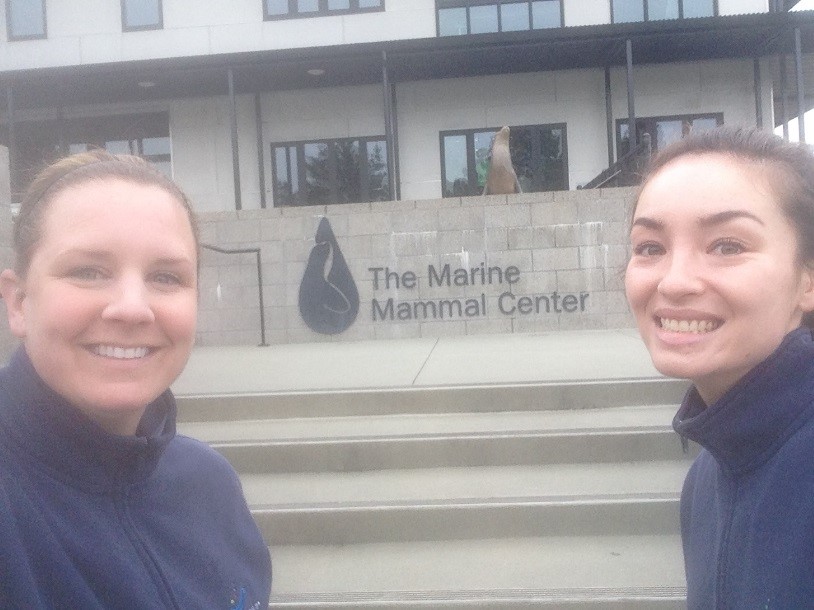 Seattle Aquarium bird and mammal team members Julie Carpenter and Mariko Bushcamp recently traveled to The Marine Mammal Center in Sausalito, California to assist in the care and rehabilitation of sick and injured marine mammals. The Marine Mammal Center is a nonprofit research hospital and educational center dedicated to global conservation of marine mammals through their rescue and rehabilitation work, as well as educational outreach and scientific research efforts.

Julie and Mariko were able to assist in important rehabilitation efforts, learn more about the West Coast marine mammal stranding network, and bring back a wealth of knowledge to the staff and visitors of the Seattle Aquarium. Through this collaborative relationship, we hope to continue to educate people about the critical work being conducted at The Marine Mammal Center and the many environmental issues affecting marine mammals.

Learn about Julie and Mariko’s experience in this five-part blog series.

Part 1: An opportunity to assist at The Marine Mammal Center

Julie and Mariko arrived in Sausalito in late April to assist in the care of The Marine Mammal Center’s current group of approximately 200 marine mammal patients in need of rehabilitation. The Center’s main headquarters lie in the Marin Headlands, with additional satellite operations throughout California in San Luis Obispo, Monterey, Anchor Bay and Fort Bragg. The Center’s response network encompasses approximately 600 square miles of the central and northern California shoreline. The Center has also opened a new Hawaiian monk seal hospital on the Big Island of Hawaii called Ke Kai Ola.

To date, The Marine Mammal Center has rescued more than 21,000 marine mammals. The number of animals rescued varies seasonally and annually. The Center has experienced an ongoing increase in sick and injured animals since the facility opened in 1975. On average, about 600–800 marine mammals are rescued annually due to a variety of issues including malnourishment, premature separations from their mothers, consuming or becoming entangled in marine debris, gunshot wounds, oil spills, shark bites, cancer, and various diseases including domoic acid poisoning (a neurotoxin produced by algae which can accumulate in shellfish, sardines, anchovies and other small fish) and leptospirosis (an infectious type of bacteria).