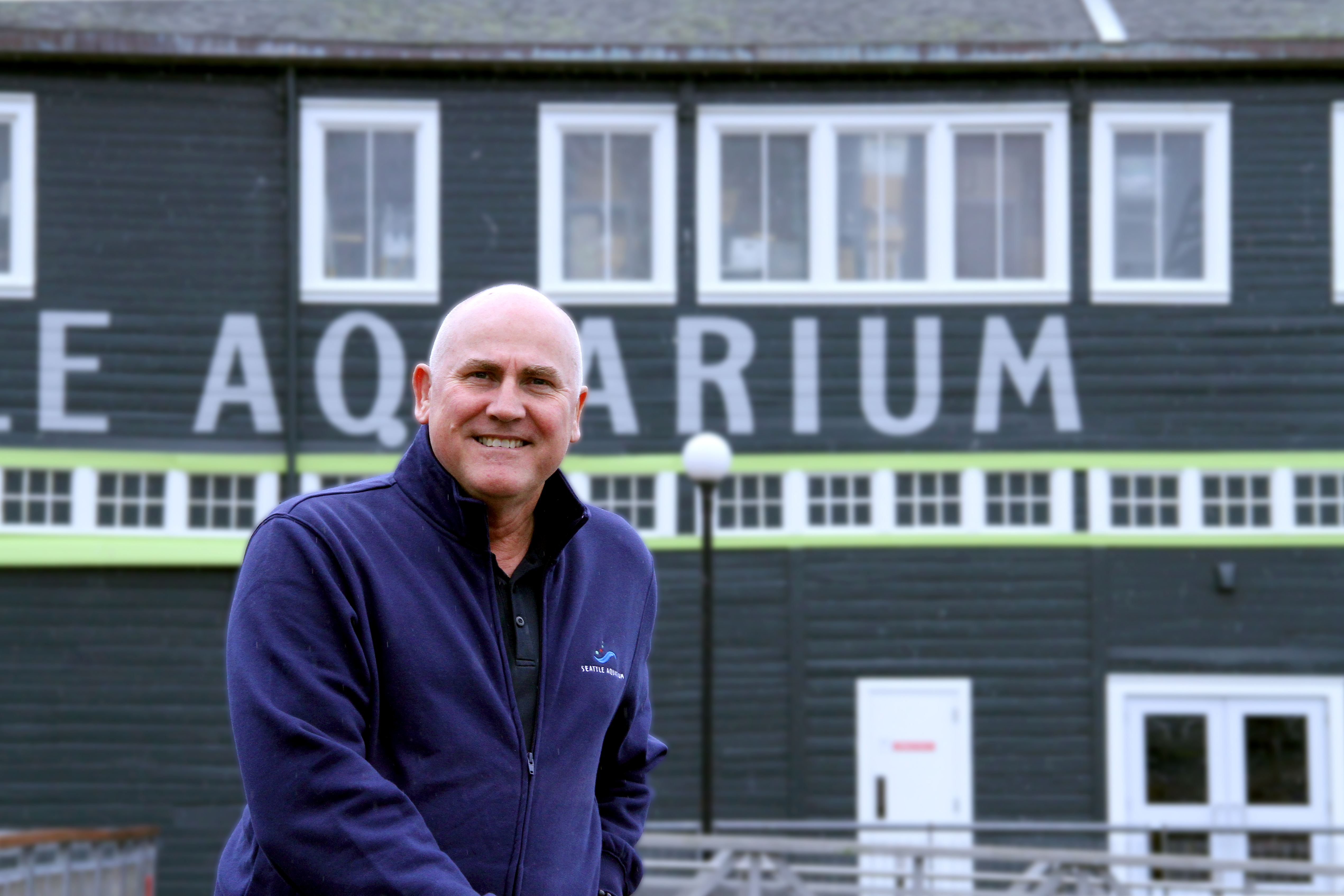 Grant Abel’s experience with zoos and aquariums began at a very young age: His father managed Marine Land in New Zealand, where Grant was born, in the 1960s. “He was a huge influence on me, particularly in the area of animal husbandry,” says Grant. “By the time I was about 10 years old, I’d started helping out at Marineland on weekends and holidays,” he remembers. “In the beginning it was cleaning up rubbish below the grandstands after a show and cleaning pools, then eventually I was able to help with animal feedings.”

Grant calls those early experiences a “10-year internship”—and his professional work in zoos and aquariums began when he was about 21. Since then, he’s worked in zoos, aquariums and commercial enterprises in a variety of roles, including curatorial, management and director, and has also engaged in wildlife conservation projects and staff training programs in locations around the world. His work has taken him to Hong Kong, Japan, Australia, Mainland China and Taiwan, Thailand, Indonesia, Mexico, South Africa and Nepal.

We’re thrilled he’s found a new home with us at the Seattle Aquarium—and he’s quite happy as well, commenting, “I’m very excited to be here because I share the vision and values that our staff and volunteers bring to the Aquarium every day.”

Grant’s most recent role before joining us at the Aquarium was at Ocean Park Hong Kong, one of the world's largest zoological theme parks, which hosts more than five million guests every year. “It was a wonderful place to work, with an incredibly diverse zoological collection,” he says. “I might start the morning with the giant pandas, then be working with the aquarists and the fishes before lunchtime, then going up to the walruses or dolphins in the afternoon, and by end the day with macaws and other South American animals.”

After joining Ocean Park in 2006 as the general curator, Grant later became director of animal care. In this role, he led a team of 200 curatorial employees (compared to 27 at the Seattle Aquarium!) and helped maintain Ocean Park’s accreditation with the Association of Zoos and Aquariums (AZA)—he’ll lead our AZA reaccreditation efforts every five years, as well. Also during his tenure, Ocean Park earned the American Humane Association's Humane CertifiedTM seal of approval for animal welfare.

Like his father before him, the best in animal care is a priority for Grant. “We have a duty of care,” he says. “It goes beyond the legal responsibility for the welfare of the animals—which is our responsibility as well, of course—and is something more. These are sentient animals,” he adds. “They understand themselves and what’s going on around them. It’s our responsibility to give them the care and consideration that they all deserve. It’s that simple.”

Grant brings extensive experience coordinating major zoological projects and developing conservation partnerships. He maintains extensive participation in international committees and a track record for developing successful long-term relationships, advancing best practices for marine and terrestrial animals under human care. He also played a key role in the “VaquitaCPR” project to help save the world’s most endangered cetacean: the vaquita porpoise, found only in Mexico.

“The Seattle Aquarium has a very solid reputation in the zoo and Aquarium community,” says Grant. “I’m looking forward to meeting the challenges and opportunities that come with the organization’s future.”