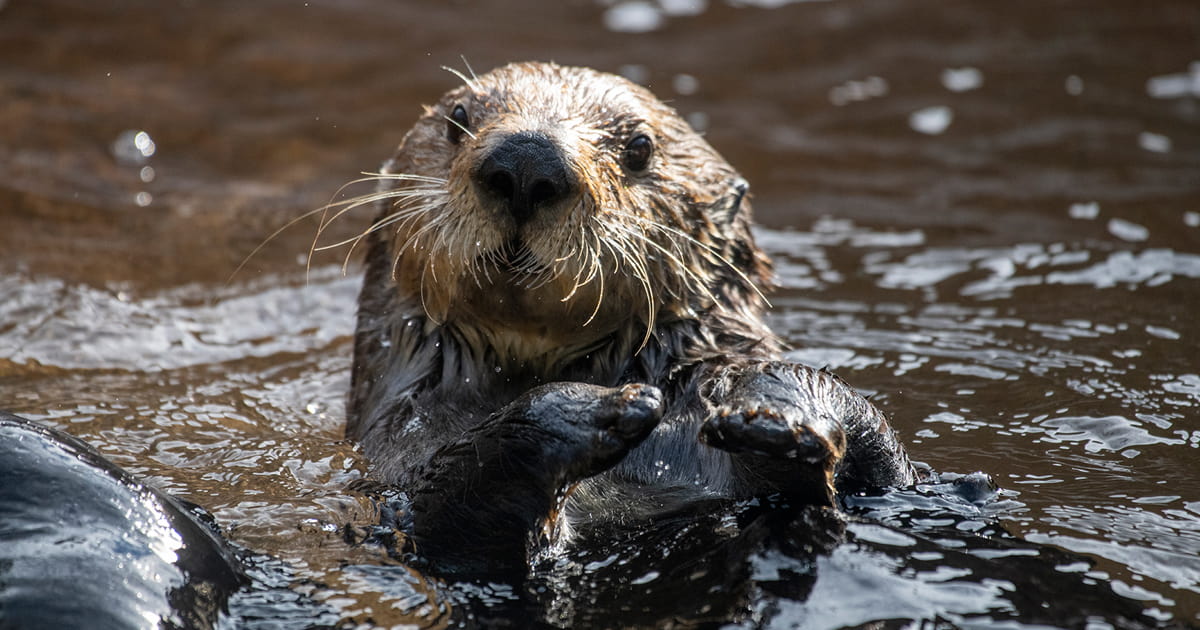 Sekiu is the last sea otter born in a zoological facility in the U.S., and will join fellow Seattle Aquarium northern sea otters Adaa and Mishka. Adaa, Sekiu’s father, was rescued after being stranded in Alaska and her mother was the Aquarium’s late otter, Aniak.

Visitors to Seattle Aquarium will be able to see Sekiu on December 15 and will notice that she is incredibly athletic and social and loves to play with her toys. Northern sea otters are larger than their southern counterparts, with Sekiu weighing roughly 60 pounds.

In the wild, most northern sea otters live in rocky coastal habitats near points of land where some of the areas are protected from wind and waves. Prized for their extraordinarily dense furs, sea otters were hunted to near extinction at the turn of the 19th century, and the populations off the coasts of Oregon and Washington were completely wiped out. After reintroduction in the 1960s and ‘70s, the sea otter numbers off the coast of Washington have grown to about roughly 3,000 animals. They’ve recovered in areas, but conservation efforts are still underway to protect their habitat. Protecting the health of the ocean will also help to increase populations of this keystone species and restore ecological balance.

Visitors to the Seattle Aquarium can see Sekiu in person—along with colorful local and tropical fish, shorebirds, jellies, tide pool animals and more. The Aquarium is open daily, 9:30am–6pm (holiday hours on December 24, closed December 25). Advance ticket purchase, proof of COVID-19 vaccination or proof of negative COVID-19 test administered by a testing provider and done in the last 72 hours, and masks are required. Learn more at SeattleAquarium.org/visit.

About the Seattle Aquarium
Founded in 1977 and located on Pier 59 in the heart of Seattle, Washington, the nonprofit Seattle Aquarium serves as the largest platform for ocean conservation and engagement in the Pacific Northwest. With a mission of Inspiring Conservation of Our Marine Environment, it leads educational, conservation and regional research initiatives for a healthier planet. A thriving and vibrant Aquarium is a key part of Seattle. Help secure the Aquarium for years to come by donating to the Resilience Fund at www.seattleaquarium.org/donate.