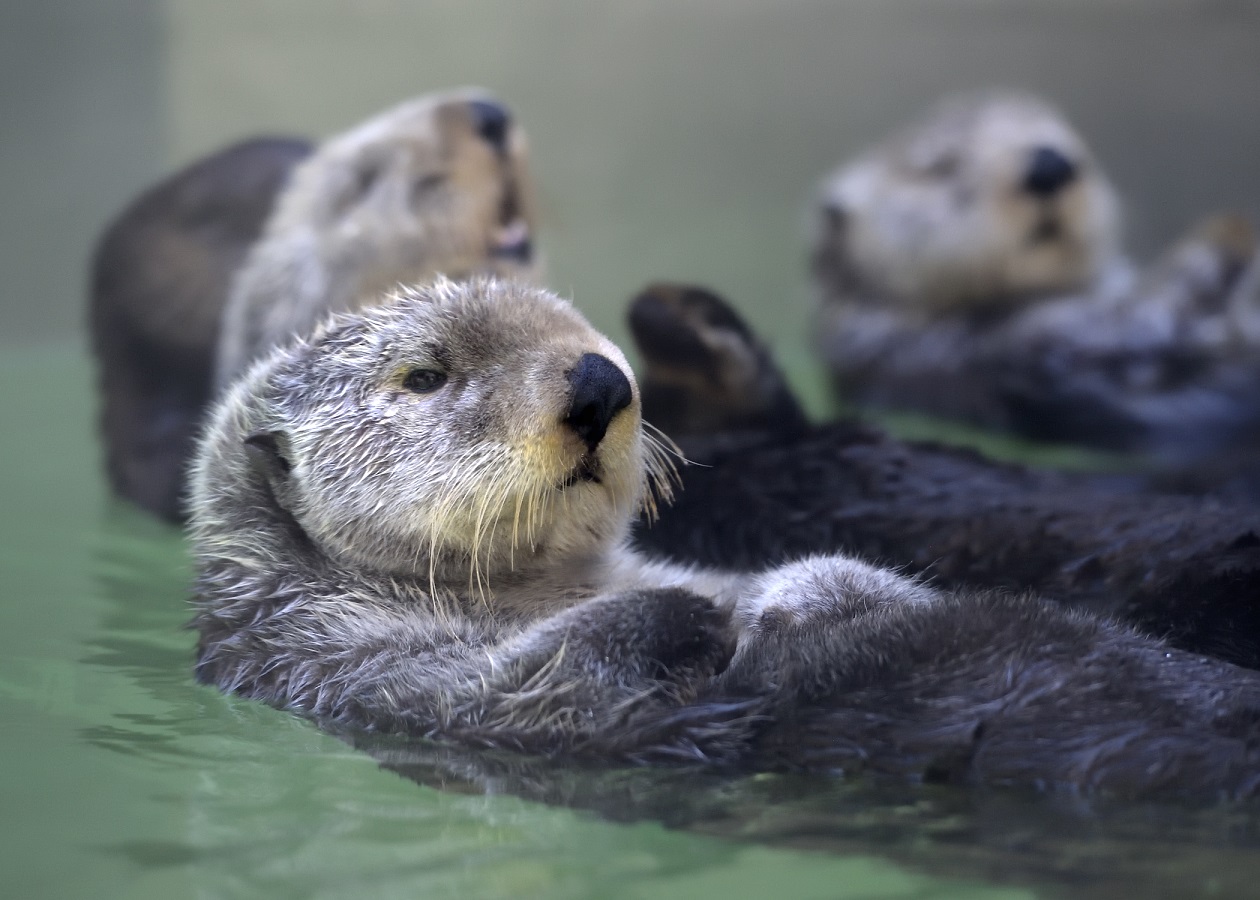 The Seattle Aquarium may not be open to the public during these challenging times, but we wanted to take a moment to bring our amazing animals to you. This week we’re featuring some of our furry favorites—the sea otters! Check out our weekly schedule of activities and engagement opportunities to learn more as we all stay at home and practice social distancing.

Here at the Seattle Aquarium we have four sea otters: Adaa, a 20-year-old male found on an airport runway; Lootas, a 22-year-old female found orphaned in Alaska and rehabilitated back to health here; Aniak, a 17-year-old female born here to Lootas; and Mishka, our 5-year-old female who was rescued after being caught in a fishing net in July 2014. Sea otters are an important species in the food chain—for instance, they keep sea urchin populations under control so the urchins don’t eat all the kelp, which many other species depend on for protection from predators. At one point, over 100,000 sea otters called the Pacific Northwest home, but the Washington sea otter population was hunted to extinction at the turn of the 19th century. The reason otters were so prized was because their fur is the densest in the world, with anywhere from 500,000 to 1 million hairs per square inch of skin (by comparison, the average human has about 100,000 hairs TOTAL on their head). In the late 1960s, many otters were collected from Alaska and re-released off the coast of Washington in an effort to repopulate this area. Fortunately, they are now protected from hunting and have made a recovery in Washington waters.

Sea otters are a special type of marine mammal because they don’t have a layer of blubber to keep them warm. Instead, they rely on their thick fur and high metabolism to do the job. Otters need to constantly groom their fur and blow air into it to stay warm. You can watch them do somersaults in the water and see the air bubbles coming off them here at the Aquarium.

The sea otters in our care at the Seattle Aquarium eat a diet consisting of a variety of restaurant-quality shellfish, squid, fish, crabs and shrimp. Sea otters need to eat around 25% of their body weight every day, roughly 15–20 pounds—put in human terms, that would mean a person weighing 150 pounds would need to eat nearly 40 pounds of food every single day (can you imagine?)!

Take a few moments to watch our live otter cams and see if you can figure out each otter’s name. Hints: Adult males are generally larger than females and, as otters age, their faces tend to get lighter in color. Once you’ve guessed, you can see each otter’s picture on our sea otter fact sheet. 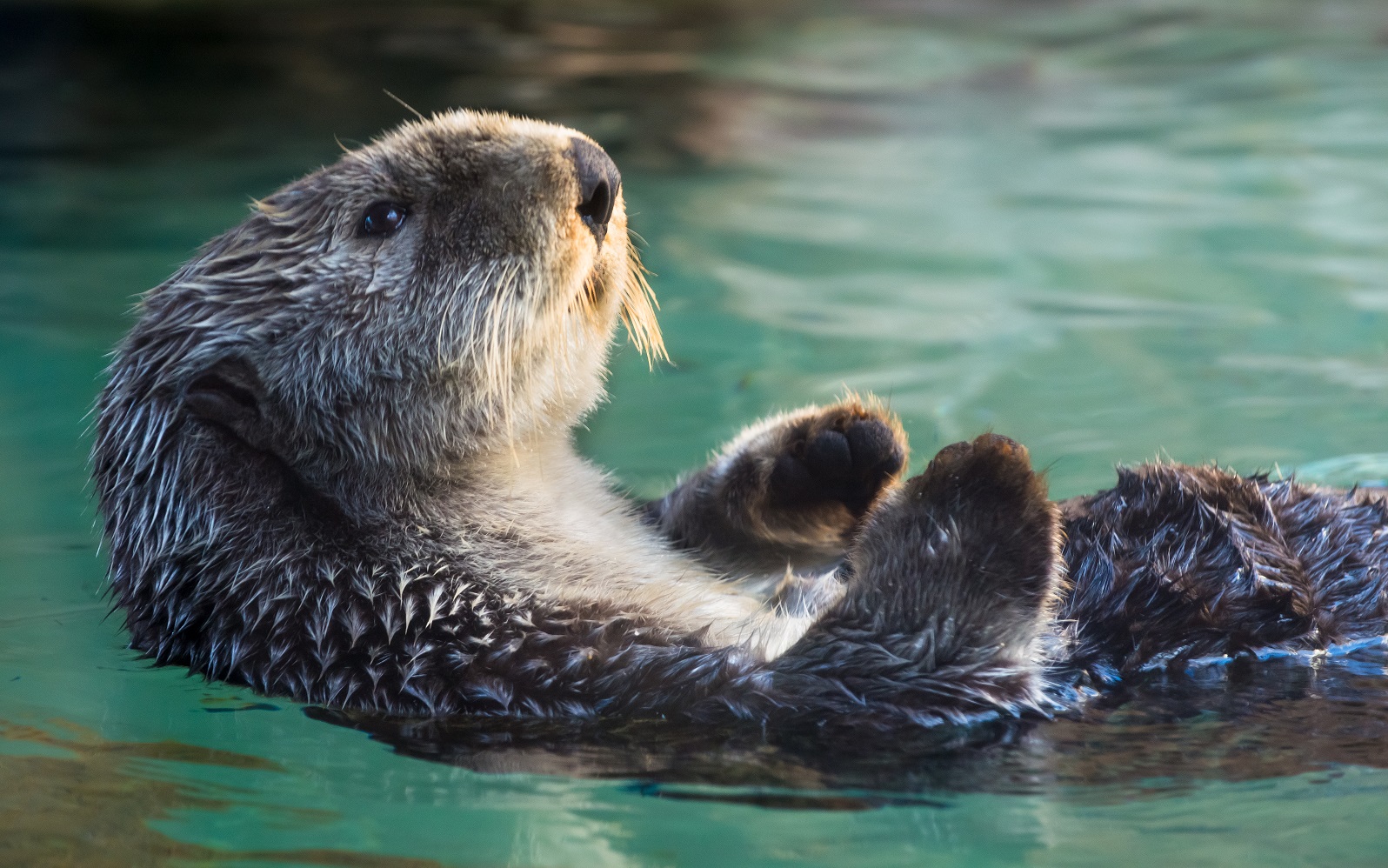 Sea otters (Enhydra lutris) are the smallest of all marine mammals and are members of the weasel family.