Working to recover endangered
species around the world

The Seattle Aquarium’s species recovery program puts our expertise in animal welfare, research, field conservation, ocean policy and social change to work to save species from extinction. Sometimes species need direct assistance to recover from human impacts, in addition to resource management and protected areas. Together with dozens of partners, we’re helping to recover endangered species—both here at home and around the world—in two ways:

Integrated conservation planning is only successful through collaboration with community members and partners worldwide, with a particular focus on locations where the species once lived or a current population persists. These recovery efforts are actively promoted by the IUCN. Through our program, we work with Indigenous peoples, governments, academic institutions, fellow aquariums, NGOs, tourism operators and for-profit companies. The benefits of working in partnership with experts and communities from around the world are exponential: In 2020, we joined Puget Sound Restoration Fund, WA Department of Fish and Wildlife and others to recover xʷč’iłqs, which is Lushootseed for pinto abalone (Haliotis kamtschatkana). Stay tuned for a web page where you can find out more about our current efforts to help recover pinto abalone here in the Pacific Northwest. We also invite you to check back soon for details on other current and future efforts, including recovering an endangered shark, Stegostoma tigrinum (known as Indo-Pacific leopard sharks, hiu belimbing, or zebra sharks, among other names) in the Coral Triangle and advancing conservation planning efforts for critically endangered sunflower sea stars (Pycnopodia helianthoides) along the Pacific coast of the U.S.

In addition to our field conservation projects, we also advance global conservation strategies for endangered species. This includes participation in IUCN and government working groups for cetaceans, otters, and sharks; serving on the AZA SAFE Shark & Ray Program Steering Committee; and advocating for policies to advance southern resident orca recovery. 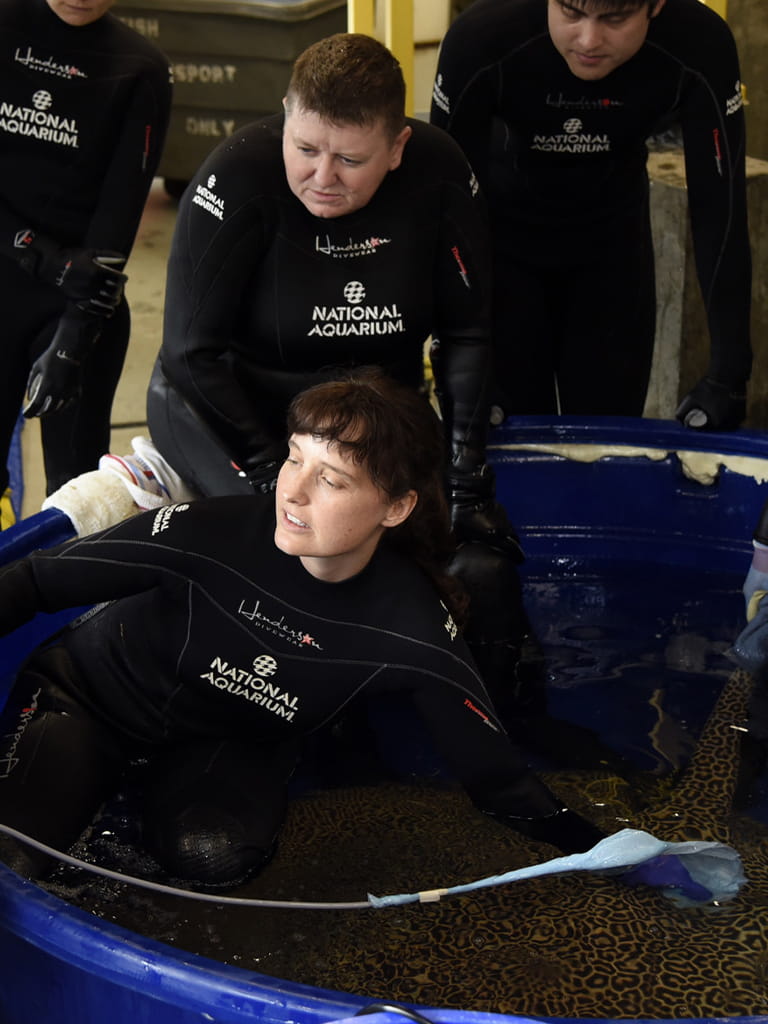