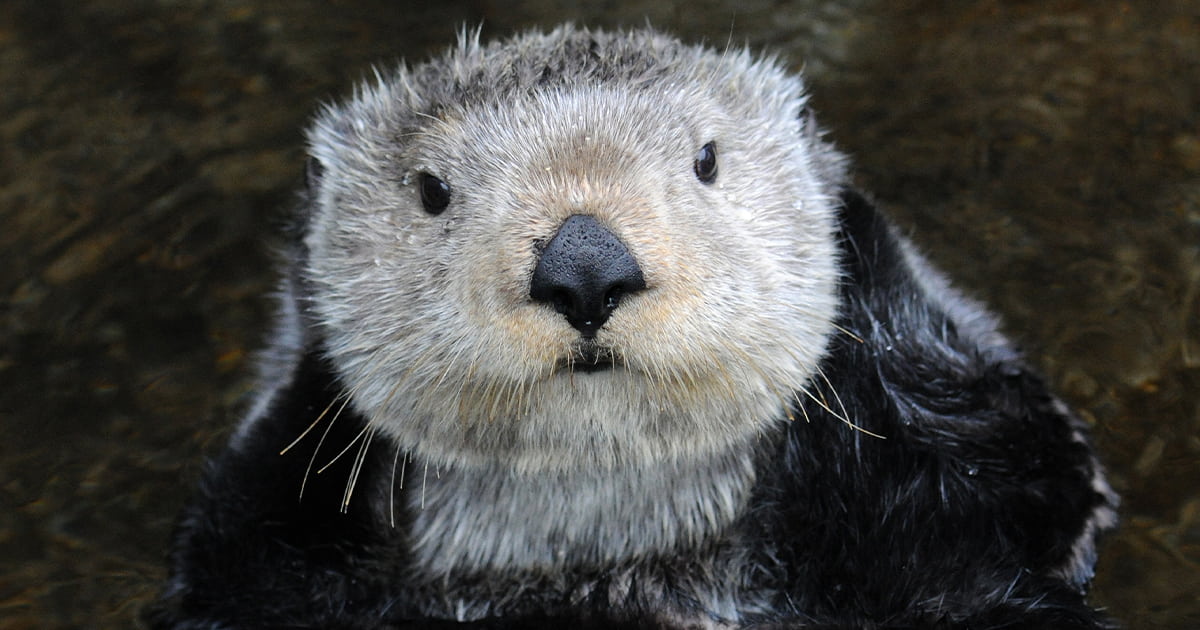 We are sad to announce the passing of Adaa, the male northern sea otter under our care, from cancer. The disease was diagnosed in mid-February and considered terminal. Adaa was treated with medications to manage his symptoms and provide him with a good quality of life for the time he had left. The staff had hoped this would give him several weeks, but his condition recently deteriorated and he was humanely euthanized on Sunday, February 27.

This beloved animal was the oldest male sea otter at zoos and aquariums in the U.S., and he became the oldest male sea otter on record in the Association of Zoos and Aquariums (AZA) “studbook” when he reached 22 years and 2 months old. (On average, sea otters in the wild live 15–20 years.) An AZA studbook dynamically documents the entire demographic history of each individual of a species—this is an invaluable tool to help us understand how individuals and groups are doing and allows us to provide the best standard of care. 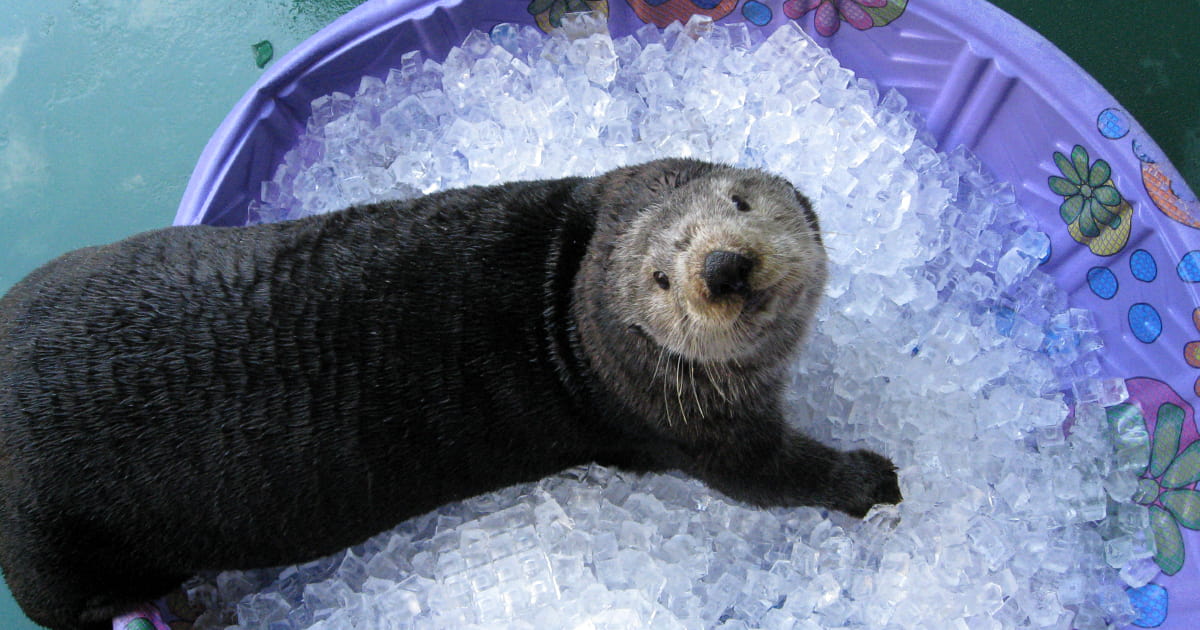 Playing with and crunching on ice were some of Adaa's favorite enrichment activities.

Curator of Birds and Mammals Julie Carpenter describes Adaa as “a beautiful animal with a gentle way about him. He had his quirks, such as hopping with his rear flippers when on land instead of walking and making soft cooing sounds while chewing.”

Adaa, which means “come ashore” in the Aleut language, was approximately 4 months old when he was found on an airport runway at Port Heiden, Alaska, in January 2000. Julie explained this about his age: “While we don't know Adaa’s exact date of birth, we have a very close estimate. As pups, sea otters have unique pelage [the fur covering of a mammal] and pup teeth that change as they grow. The stage of pelage and teeth growth, in addition to size and time of year, allows us to accurately estimate the age of the pup within a couple of months—sometimes even weeks or days—of birth.” At the time of his passing, Adaa was approximately 22 years and 8 months of age.

Adaa then lived at the Oregon Coast Aquarium in Newport, Oregon, until April 2004, when he was transferred to the Seattle Aquarium. In 2012, Adaa was temporarily moved to the Oregon Zoo following the birth of his daughter, Sekiu, to allow mother (Aniak) and daughter space to bond without the presence of a male. In the wild, females with pups are often found in rafts without males. Once Sekiu was older and weaned, Adaa returned to Seattle Aquarium. At the time of his passing, Adaa was the oldest male sea otter living in a U.S. zoo or aquarium.

“He was a gentle male and was always amazing with the females,” says Julie. “In his older years he was often seen holding onto Mishka, a younger female, while he slept and was even seen grooming her.”

Adaa had some favorite enrichment activities, like playing with or crunching on ice and solving puzzle feeders. He will be dearly missed by the staff and volunteers at the Aquarium and by the many in-person and live-webcam visitors who enjoyed his company.

“Adaa had an enormous amount of trust in the people who cared for him,” says Senior Veterinarian Dr. Caitlin Hadfield, “particularly the animal care professionals who worked most closely with him. It was always inspiring to see that relationship. It allowed us to work together to provide the care he needed as he got older.” 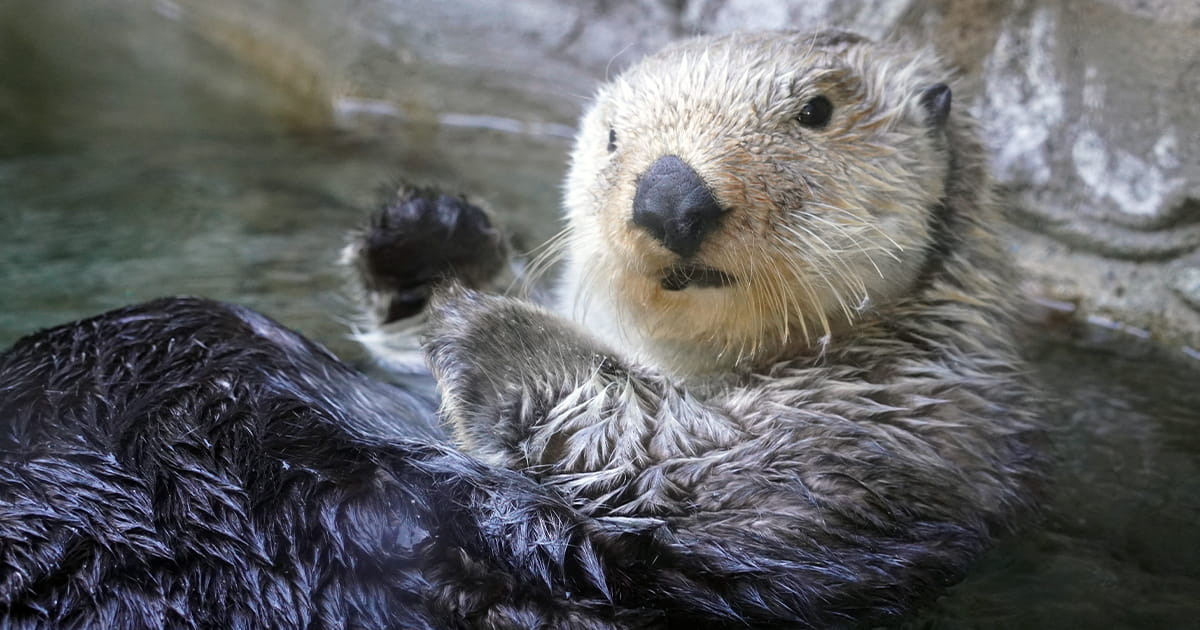 Adaa was a longtime and beloved Aquarium resident who will be deeply missed.